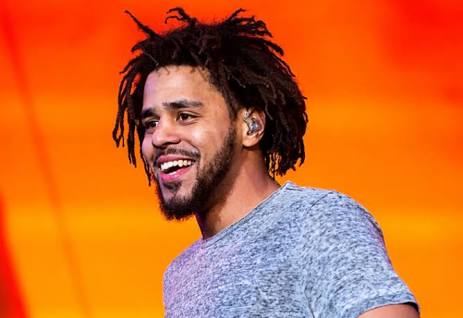 07 Aug #MCM: J COLE PUTTING HIS SOUL BEFORE HIS EGO

Posted at 08:56h in More, Spotlight by Tife 0 Comments
Share

I wasn’t sure before, but after seeing countless pictures, I am most certain that this dreaded café au late is my MCM today. Jermaine Lamarr Cole popularly known by his stage name J Cole caught my attention with his dreads and steamy look.

I won’t deny I’d like to run my hands through those dreads. His full, thick and black eyebrows are just whoa. Giving him this dreamy but urgent look.  His cute, pink lips make you want to kiss him all day while you run your hands through his full connecting beard.

J Cole is known for putting his soul first before his ego unlike many of his colleagues in the rap industry. Recently he spent a day visiting a high security prison to meet with inmates facing the grim reality of wearing the orange jumpsuit for the rest of their lives. He shared pictures on his Instagram account where he described the experience as life changing.

Whether he’s dressed in suit and tie and shoes for the Grammy’s or a casual sweatshirt, chinos and sneakers or even a prison jumpsuit (which he donned for a concert), J Cole’s fashion sense makes bold statements and sets a trend.

Throughout his fourth an recent album J Cole has addressed incarceration and injustice within the legal system on cuts like “Immortal,” “Neighbor,” and “4 Your Eyez Only” title track, which include these lines: “I dedicate these words to you and all the other children/ Affected by the mass incarceration in this nation / That sent your pops to prison when he needed an education.”