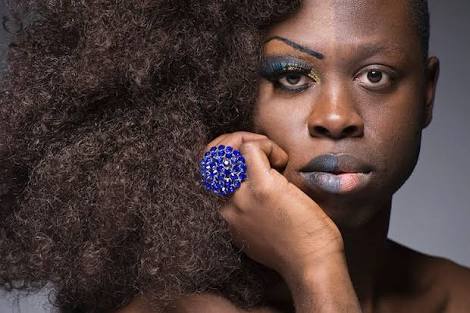 Posted at 09:39h in Erotica by Tife 0 Comments
Share

Immediately we kicked off a conversation and connected straight away. Later I asked her if she would like to go to the fast food and burger down the street.  To my delight, she agreed. I was ecstatic, until she asked to go and change out of her costume. I refused, because to me she was perfect just as she was. I persuaded her to let’s go down the street the way she was.  She asked if I was sure and if I would be comfortable walking down the street the way she was. I saw nothing wrong with her current appearance, so I insisted we go.  The truth was that I did not want her out of my sight, so she would not change her mind.

As we walked down the street to the fast food and burger, laughing and giggling, I noticed we received a lot of odd looks from the people we passed by.  I was too elated to give a fuck about what people were looking at or giving odd looks at. Sophie on the other hand did not seem to notice people staring at us, or maybe she just pretended not to see them, or like me she just didn’t give a fuck.

The night was one of the greatest moment of my entire life, because I was completely free with Sophie. To round the beautiful events that would make my night even more special, I asked that we returned to my apartment. Sophie smiled, she knew what I was driving at, and she agreed. That was the icing to my cake.

As soon as we got to my apartment, I had barely shut the door properly, when Sophie grabbed me and we started kissing. Her full lips covered mine, and buried them with fierce and hungry kisses. The kisses were too fast for my pace, but I managed to keep up, and not run out of breath. Although I was surprised, but I guessed that was one of the strange and odd things that attracted me to her. Soon she started fiddling with my trouser belt, in a bid to take off my trouser. I also seized the opportunity and placed my hand on what I assumed to be full and real female breast, but to my dismay, something wasn’t right.

I couldn’t hide my shook so I pulled away from her immediately. Sophie was confused, she asked what the matter was, I was trying to find my voice, but all I could so was point at her breast. She laughed and said “oh you mean this?” with the same masculine voice that triggered my groins at the bar, at the same time removing the makeshift breast that was made out of foam.

I took two steps farther away from her and she looked at me terrified.

“What is wrong with you?” She asked me.

“No what is wrong with you?” I asked her back

I was mortified, it dawned on me that Sophie was a man, a drag queen.

“You mean you are not gay?” She asked again. But I stood there stiff, like a cat had caught my tongue. Not being able to respond and give her or him an answer Sophie walked out of my apartment in anger.