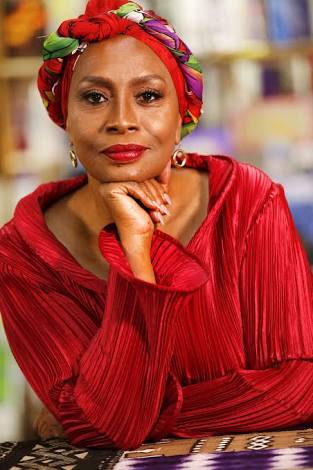 31 Jan JENIFER LEWIS, MOTHER OF BLACK HOLLYWOOD SHARES HOW SHE USED SEX AS A PAINKILLER

Posted at 07:40h in More, Spotlight by Tife 0 Comments
Share

There is something beautiful about black women, they have a bold aura of sexuality and feminism wherever they go, you can call it black sexuality. Jenifer Lewis, mother of Black Hollywood is one of the reasons why I am so proud to be a black woman, our sexuality flows easily without putting too much effort.

Hollywood icon, Jenifer Lewis is one important reason why I believe black don’t crack. At 61, she doesn’t look like she has aged over 40. Although she has opened up and shared her struggle with sex addiction and bipolar disorder, there are still a million and one reasons to love the mother of Black Hollywood.

The 61-year-old singer and actress lived with undiagnosed bipolar disorder and sex addiction throughout her 20s. Lewis shared in her memoir (THE MOTHER OF BLACK HOLLYWOOD) that her sex addiction really kicked in when she moved to New York City after college ad found success in Broadway production. In her words “I was Cleopatra, Pam Grier, Marilyn Monroe, and Jezebel rolled in one. For me, nothing could extend the thrill of a standing ovation like great sex with a gorgeous guy.”

As the years passed, her un-diagnosed bipolar symptom worsened, and by 1989 she was heavily self-medicating with alcohol and sex. Eventually she got help, and her therapist diagnosed her as having bipolar disorder. In her words “sex was simply my painkiller.”

At 61, I can still categorically classify Jenifer Lewis as one of the sexiest women alive. Her sexiness is so ravishing she make me want to be her when I get older. Apart from her unique sexuality, she is a fashion icon, both on and out of the red carpet. She has a unique body figure, and the way she styles her beautiful natural black hair is amazing. Whether she is on low-cut, or she lets it out or even dyes it, the end result is usually epic. Let’s not forget her beautiful astonishing smile which could light up any dark room.

Some of her works includes: Blackish, Princess and the Frog, Think Like A Man Too, The Preacher’s Wife, Fresh Prince of Bel-Air.