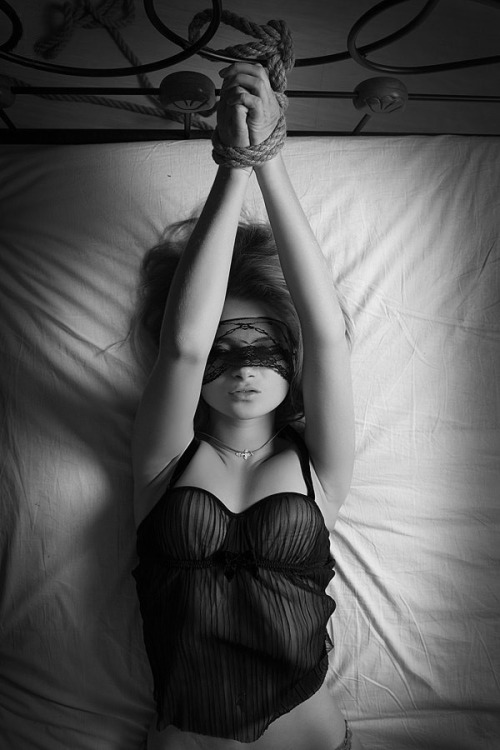 Posted at 14:57h in Erotica by Sisi 0 Comments
Share

He had her tied up on the bed, wrists and ankles. He was going to punish her for the messages on her phone. Even though they didn’t mean anything to her, she was going to get punished for them.

Except for the flimsy ties binding her hands and feet, she was fully naked and sprawled on the bed. The AC in the hotel room gleefully added to the torture and the cool air licked her body till her nipples hardened in mock fear.

She wasn’t exactly afraid of him, at least not of his hands and the way they carefully molded her cold breasts together, or the way they pinched her peanut-sized hard nipples. She wasn’t afraid of the sting from the way he slapped her soaking wet yoni, and roughly flicked and fingered her fully aroused clitoris.

What she was truly afraid of were his eyes. The intensity of those eyes and the slice of danger in them, caused her to lick her lips and swallow in anticipation. If you look at them long enough, you could almost see a hint of disgust and repulsion in those eyes too, just enough for her to wonder what in hell she’d gotten herself into.

Maybe he was disgusted at himself for wanting her? Or repulsed by her smug sluttiness? She didn’t dare to ask. She just watched him and his eyes while he focused on running his warm hands over her freezing body. 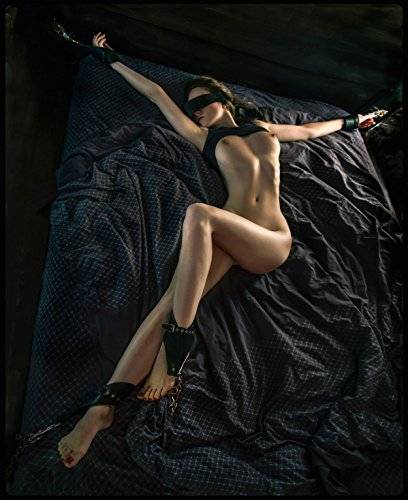 He looked her over, satisfied with the ties he’d knotted. He lowered himself onto her body and took her breasts in his hands. One by one, he wickedly kissed and licked all around the nipples, without touching them, causing her to lift and twist her body off the bed, wishing she could shove both breasts in his warm mouth, wishing her hands were free.She arched her body into his, begging him for more and whimpering from the sweet torture.

Just when she was going to give up, he finally took her nipples in his mouth, sending her into a pleasure fit, her body jerking wildly beneath him. She could feel her juices pooling between her thighs and the throbbing from down south beginning to beat into a rhythm. Her whole body was going mad with lust and his slow, attentive torture wasn’t helping.

When he latched on to her breasts, it was almost like he forgot the rest of her body exists. Even though she was pressing her suddenly warm body into his, and grinding her hips against his chest. Even though she had been begging and pleading with him between loud moans. He stoically ignored her, enjoying the way her moans increased and bounced off the walls of the room.

Just watching him feast on her chest and the look on his face had her insides melting with want and she begged even more.

“Please.. fuck me” she whispered shyly