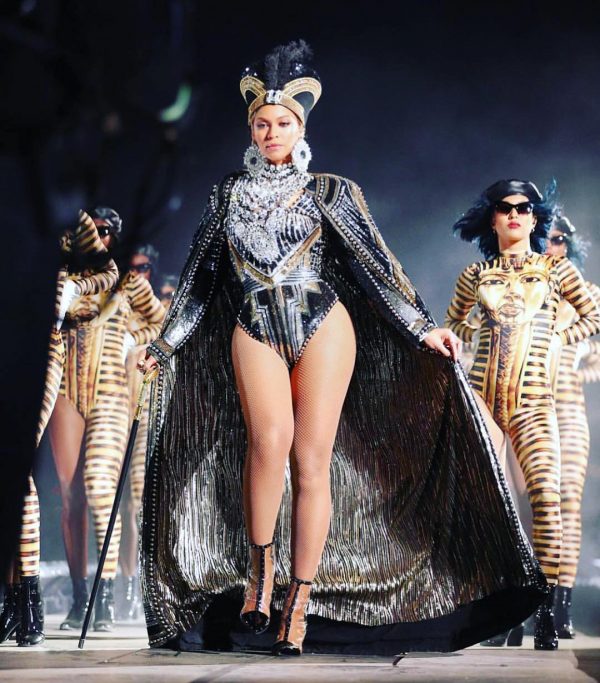 Posted at 17:04h in More, Spotlight by Lara 0 Comments
Share

I love Beyoncé, and songs like Single ladies, Run the world, Diva, Irreplaceable and Halo amongst others will forever be etched permanently in my memory. Well, maybe if you were one of the few persons that had forgotten about why we call her Queen B, the diva didn’t waste time in reminding us of the fact that Queen Bey was more than just a title; it was her personality. For the first time in the history of Coachella, Beyoncé became the first black woman to headline the event. 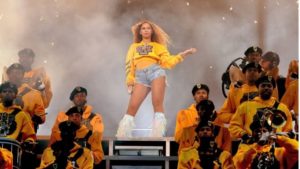 If the excitement of seeing Mrs Carter on stage was not intriguing enough, Queen Bey made a major come back by reuniting on stage with her defunct group Destiny’s Girl to sing the Black National Anthem “Lift Every Voice” showing us the golden nature of blackness in every move. There is no Queen Bey without her power moves, and flow of rhythmic energy that keeps us glued. 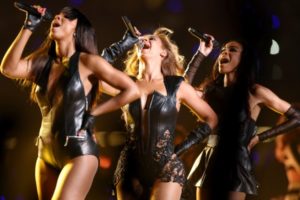 The Queen known for her symbolic outfits made an iconic representation with them at the festival. Like she was daring us to know how black could we be, with outfits that represented the Egyptian goddess, to the Black Power Shield, To a raised fist, Black Panther and even the Eye of Horus. 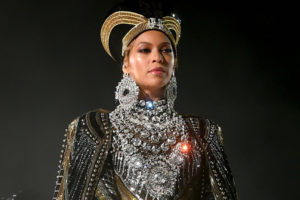 Queen Bey’s performance is monumental and goes beyond the ordinary because she depicts an art and a culture that black women want to be aligned with. We love her and are proud of this achievement as the first Black Woman to headline this event. I know this serves as a stepping stone for other black women in the nearest future. Keep thrilling us Queen.