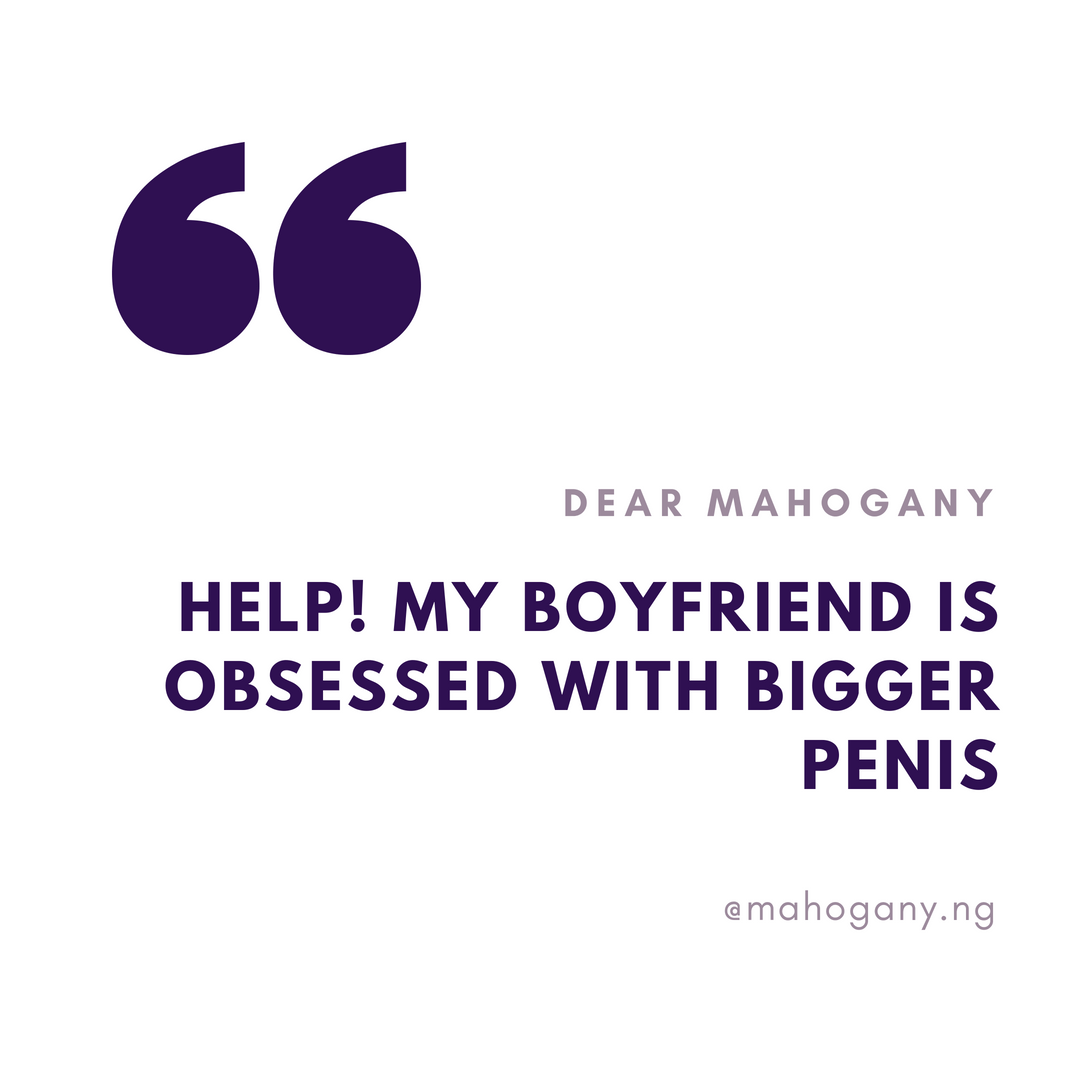 03 Jul Help! My Boyfriend is Obsessed with Bigger Penis

My boyfriend is obsessed with growing a bigger penis. He is way above average from your post yesterday, but he is so crazy about his penis size and I don’t get why? At the beginning he was always asking me about the sizes of penis I have had in the past, and I used to wave it off as a joke.

After one month of dating him now, I don’t consider it funny anymore. I like him but this obsession with bigger penis is changing how I feel about him.

First thing you should know is its not about you. His “obsession” with a bigger penis is rooted in self-image issues and insecurities. So you should not make it about you and you should not let it change how you feel about him.

Penis size fixation is as natural to all men as body weight or any other body image issues.

There’s even a psychiatric diagnosis: penile dysmorphic disorder. It’s similar to the perceptual distortion of anorexics who think they’re fat no matter how thin they get.

According to one study, the majority of men who get penis enlargement surgery have this condition.

Granted everyone comes with their own bag of lil insecurities and we try not to talk about them too often, still his obsession is a personal thing and there’s really nothing much you can do about it.

If you are really worried it would ruin your relationship with him, then you should talk to him about it.

If you do, try to also point the parts of being in relationship with him that you like and why his fixation is ruining things for you. Don’t try to reassure him that his size is fine or that he is perfect because he won’t believe you and he may think you’re mocking him.

As long as he doesn’t start popping pills or anything too extreme to feed his obsession, then he’ll be fine.