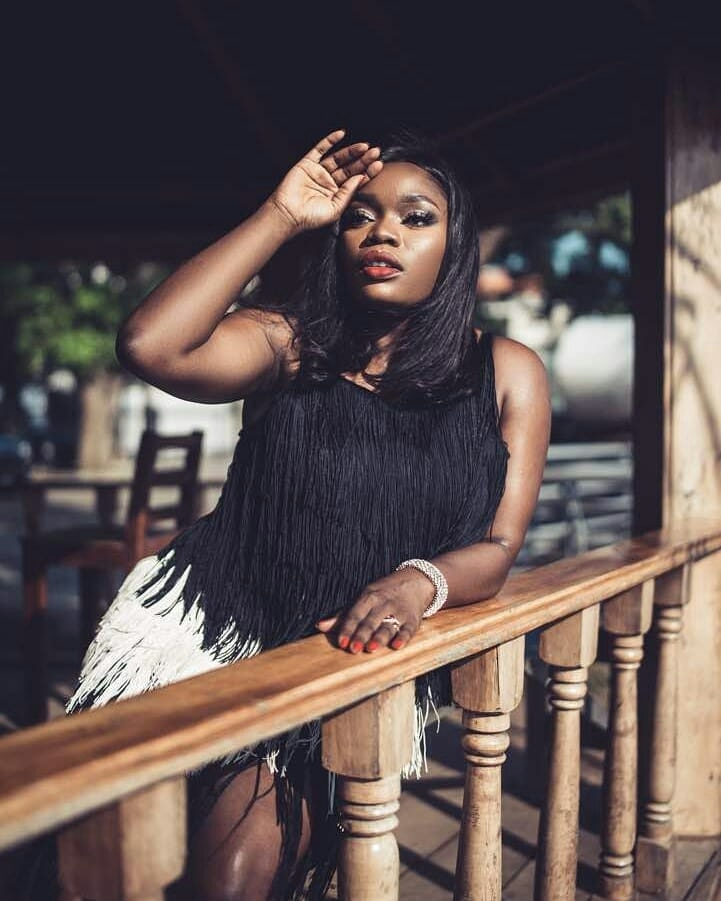 Posted at 09:17h in More, Spotlight by Tife 0 Comments
Share

Big, bold, beautiful, multi talented, intelligent. I can go on and on about the qualities possessed by the Hall of Fame personality today. She has put all of these qualities on display on national television and for that we are very proud of her. Her originality is second to none, she is an example that you can be yourself, original, and still be a success. The melanin icon I am referring to is Bisola Aiyeola.

The 31 years old Bisola Aiyeola is an actress, singer, master of ceremony and presenter. She captured the hearts of Nigerians with her lively and strong personality at the 2017 Big Brother Naija show, where she emerged as the first runner up.

Growing up and getting a tertiary education was not an easy task, she was denied getting a quality tertiary education because she could not afford to pay some of the fess that were demanded by the schools and universities she applied to. Despite her lack of tertiary education, Bisola is a One Campaign Ambassador, and she would be would be educating over 130 million girls and raising awareness on the girl child cause at the United Nations.

Beautiful, original, lively, delectable and passionate are some other qualities you can use to describe Bisola. She has a charming voice, which is always accompanied with a beautiful smile. Her class and elegance can never go unnoticed. Although she is dark in complexion, her skin is flawless and rich in melanin, #melaningoals. And even though I do not have any bikini picture of this dark beauty, I know for certain that she’s got the body of a goddess and would slay in any bikini outfit, #slayqueen.

Bisola is single mother to her lovely daughter.

Keep being a message of hope and inspiration Bisola. Keep giving us melanin goals.