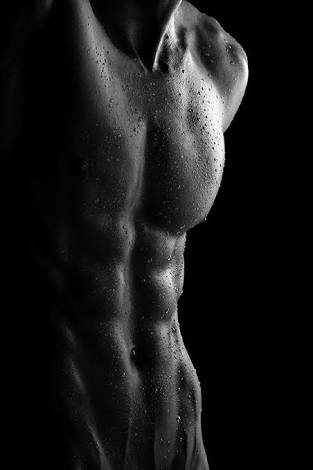 08 Aug MY ENCOUNTER WITH ZEUS PT1

Posted at 19:07h in Erotica by Tife 0 Comments
Share

Lonely, gloomy and sad are my feelings tonight. This novel has done nothing but filled me with anguish and grief. “I should stop reading this novel, it’s only full of lies. There is no way a god could have sex with a mortal. It is not possible, and definitely not Zeus.” I closed the novel and tossed it away, but the images created in my head cannot be thrown out. “I should probably take a shower it will do me good. A cold shower in this depressed night is just what I need”.

I should have probably asked Gael to come keep me company tonight. I knew he would have agreed without hesitation, but sex with him is boring. I’ve told him countless times that needs to spice things up but it always falls on deaf ears. I am not going to put myself through another session of frustrating sex. Instead I will help myself with shots of whiskey.

I could feel the alcohol run through my veins, slowly draining me of my energy. Again my thoughts returned to the novel. How Zeus seduced Leda and ravished her. My vulva wets as I rub my thighs together, imagining the Zeus and Leda in the act of coitus. I imagined myself to be Leda and feel what Leda felt. Beads of sweat formed all over my body and I caught myself licking my lower lip. I stood up and dragged myself to bed, leaving the half empty whiskey bottle where it stood. Tonight I would go to bed with only in my night robe and nothing beneath it.

As I lay on the bed I started to ponder. What if the story was true and Zeus made love to a mortal? Well it certainly won’t be any kind of mortal. Imagine Zeus making love to me black girl, soaked in melanin. I let my imaginations run wild as my heavy eyes shut to sleep.

Suddenly I opened my eyes but I could see was darkness. I was not alone, I could feel a presence. It is staring at me from every angle. I felt naked. I brought my hands to pull my night robe tighter, but there is nothing on me, I was naked.

Someone sat on my bed. I felt his weight depress my bed.  I’m gripped with fear as questions ran through my brain. “Who is this? How did he get in?” As if he knew my thoughts, he spoke.

“Do not be afraid, I won’t hurt you.” His voice was soft and calm, it had the ability to melt away the darkness in my room.

I tried to speak but my throat was patched. I swallowed my saliva to wet my throat before I could speak. I didn’t have much to ask expect for the question that were already in my brain

“You summoned me Zoey, I am Zeus.”

I froze. He knew my name, he was in my room but I had no idea who he was. I could not see his face but I could feel his strong aura.

Someone must playing a sick joke on me. Who the hell are you? I yelled at him. If you don’t leave this minute I’m calling the police. I threatened.

“Hades has no power over me.” He replied and placed a finger on my toe.

The intense warm sensation that traveled through my body from my toe could only be imagined.my body burnt with intense heat. I was shivering at the same time sweating.

“Come” he ordered with so much authority. I had no choice but to go to him at the corner of the bed. He took me in his arms and embraced me. His arms were strong and heavily built. I lay my head on his barrel chest. My fingers travelled the length of his torso down to his groins. This was when I realized I was sitting naked on the laps of another naked stranger who had mysteriously appeared in my room and introduced himself as Zeus, yet I have not seen his face. I released myself from his embrace and stood up. I looked up to view his face but darkness covered it.

“I am Zeus” he responded

“Yes the same as the story”

“To fulfill the desires you lust after me”

“Then tell me why your vulva is wet and your juice is dripping through your thighs”.

My body felt weak my legs couldn’t carry mu weight. Zeus came up to me and lifted me to bed.  He took my mouth in his a kissed me passionately. His kisses felt different from any I’ve received. His tongue was sweet, they tasted like fresh grapes. It was so soft, almost as if I could bite into it. His moist lips melted against mine and the produced the best kisses I have ever received. His tongue continued to caress my tongue skillfully and I could tell that I was soaking wet.

He moved his lips to my neck, nibbling and biting me softly and I could not help but moan. My stomach knotted and twisted as Zeus continued sending waves of pleasures through my body. His hand cupped my breast and squeezed. He used his fingers to tease my nipple as he continued to massage my breast.

All I could do was lay on the bed, moan. My chest felt heavy, my heart raced, my breathe reduced as Zeus did to me as he pleased. I clinched my toes as he used his tongue to travel my abdomen. When he got to me navel he dipped his tongue in and licked it before travelling way up to the thrust of my breast. He sucked my breast, teasing with his tongue and pinching with his teeth.

He continued sucking while his hand went in between my thighs. I gladly separated them knowing fully that I might not be able to handle what was coming next. I tried to reach for his penis but he stopped me and said “No, not tonight.”

I moaned as he flicked at my clitoris with his fingers. He increased the tempo in which he flicked and I started to beg. I wasn’t used to these kinds of stimulations. Zeus didn’t stop he enjoyed my reactions, they were his driving force. He said I summoned him, but I was sure he would have come either ways. Now I was without doubt that this was the same Zeus I read about in the novel.

When Zeus was done teasing me, he was ready to go inside me. My heart rejoiced. The idea of his dick in me made my heart flutter, I was sure I was ready. But that was not the case.

As soon as I felt his dick at the entrance of my vagina I wanted to get up from the bed and run. But Zeus had pinned me down with his strong hands making it totally impossible for me to move an inch. I swallowed hard my saliva and wimped with terror as he pushed his enormous unmanly dick inside me.

I cried, I was sure I was going to pass out. The size of what was inside me could not be compared to even the largest penis I have received. His massive dick hit my G-spot and I felt my eyes roll to the back of my head. Zeus was merciful, in and out he went, yet slowly and steadily, allowing my pussy to adjust with his size. I could hear him moan as he thrust. I opened my mouth to gasp for air. He covered my mouth with his with vicious kisses as he increased the tempo at which he thrust.

He went harder and faster, I could feel the wall of my vagina expanding, I feared it would tear. Soon my body began to convulse violently, the muscles of my hand and feet contracted as I clinched to the bed for my dear life. My body exploded in violent orgasm.

Everything became normal, I opened my see the person who had giving that super magnificent orgasm, but he disappeared.