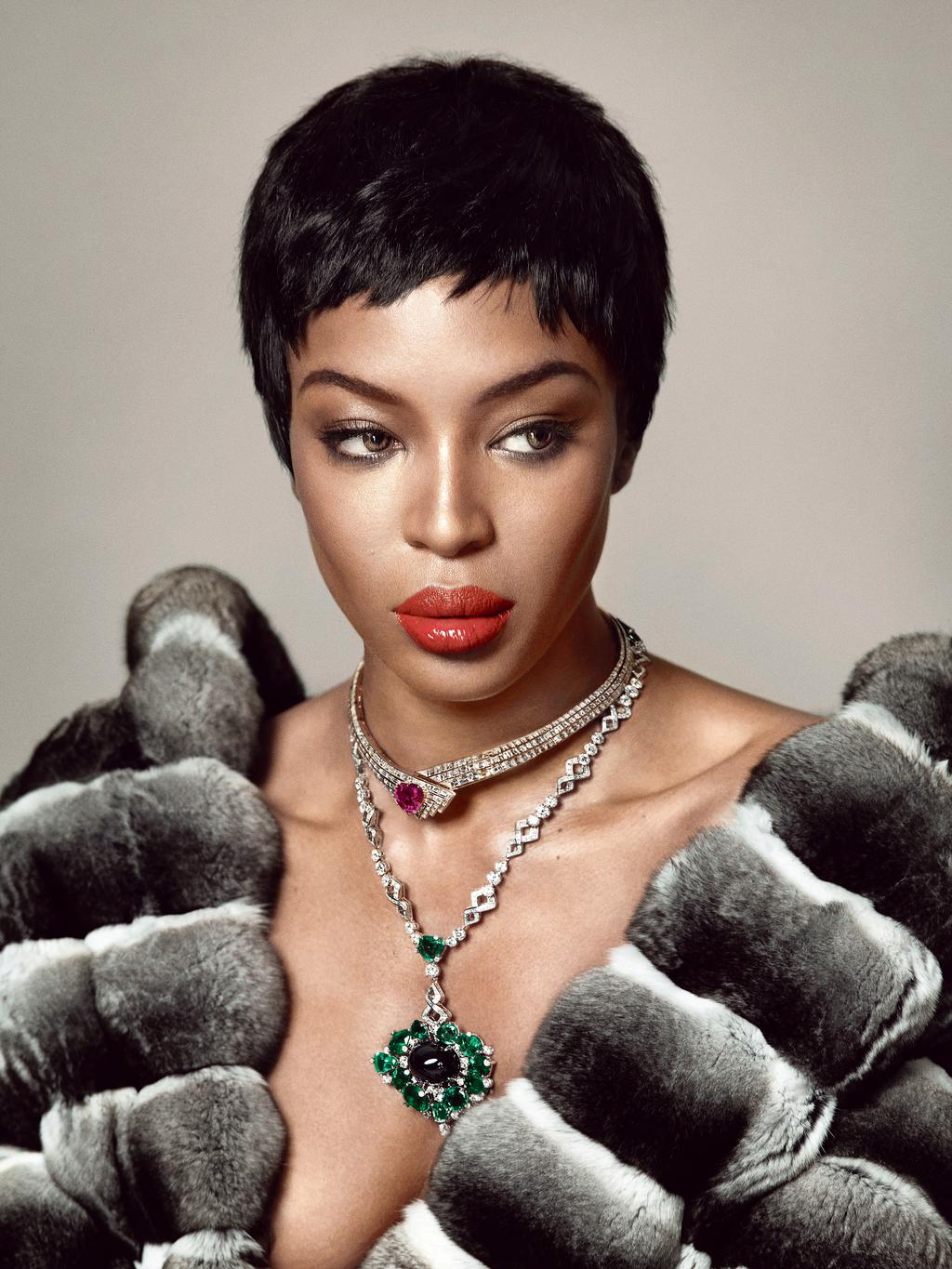 Posted at 08:15h in More, Spotlight by Sparkle 0 Comments
Share

We have to take a minute to pay homage to Naomi Campbell. Her stunning good looks and groundbreaking career has kept her at the top of her game.
Whatever your opinion, her greatness is undeniable. She’s a legend and a mentor for aspiring models, fashion lovers or people who want to make the move from normal to iconic.

Known as one of the world’s supermodel, she has a career spanning over 3 decades. She’s an advocate for diversity in fashion . Her open letter to the industry with Bethann Hardison and Iman, in 2013, demanding more Asian and Afro-Caribbean models on every catwalk, single-handedly shook up the fashion world.

HUMBLE BEGINNINGS
Campbell’s first public appearance came at the age of seven, in 1978, when she was featured in the music video for Bob Marley’s “Is This Love”.
At the age of 12 she tap-danced in the music video for Culture Club’s “I’ll Tumble 4 Ya”.
In 1986, while still a student of the Italia Conti Academy of Theatre Arts, Campbell was scouted by Beth Boldt, head of the Synchro Model Agency, while window-shopping in Covent Garden.

DOMINATING THE WORLD
Over the next few years, Campbell’s success grew steadily: she walked the catwalk for such designers as Gianni Versace, Azzedine Alaïa, and Isaac Mizrahi, and posed for such photographers as Peter Lindbergh, Herb Ritts, and Bruce Weber.
By the late 1980s, Campbell, with Christy Turlington and Linda Evangelista, formed a trio known as the “Trinity”, who became the most recognisable and in-demand models of their generation. When faced with discrimination, Campbell received support from her friends; she later quoted Turlington and Evangelista as telling Dolce & Gabbana, “If you don’t use Naomi, you don’t get us.”

CAREER ACHIEVEMENTS
1. In December 1987, she appeared on the cover of British Vogue, as the publication’s first black cover girl since 1966.
2.In August 1988, she became the first black model to appear on the cover of French Vogue, after her friend and mentor, designer Yves St. Laurent, threatened to withdraw his advertising from the magazine if it continued to refuse to place black models on its cover.
3. In 1989, she appeared on the cover of American Vogue, which marked the first time a black model graced the front of the September issue, traditionally the year’s biggest and most important issue.
4. In January 1990, Campbell, who was declared “the reigning megamodel of them all” by Interview, appeared with Christy Turlington, Linda Evangelista, Cindy Crawford, and Tatjana Patitz on an iconic cover of British Vogue, shot by Peter Lindbergh. The group was subsequently cast to star in the music video for George Michael’s “Freedom! ’90”.

5.Naomi Campbell starred as Michael Jackson’s love interest in the music video for “In the Closet”.
6. In September 1991, she became the first black model to appear on the cover of Time magazine.
7. In April 1992, she posed with several other top models for the hundredth-anniversary cover of American Vogue, shot by Patrick Demarchelier.
8. In October 2001, she appeared with rapper Sean “Puff Daddy” Combs on the cover of British Vogue, with the headline “Naomi and Puff: The Ultimate Power Duo .

Throughout her career, Campbell has been outspoken against the racial bias that exists in the fashion industry. In 1997, she stated, “There is prejudice. It is a problem and I can’t go along any more with brushing it under the carpet. This business is about selling, and blonde and blue-eyed girls are what sells.”

We celebrate you Naomi!