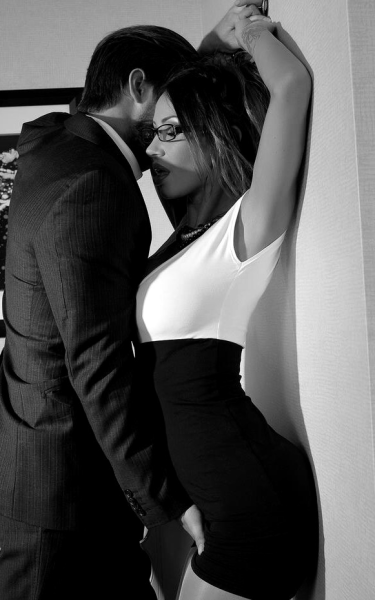 Posted at 08:06h in Erotica by Tife 0 Comments
Share

Katie got home, she was still recalling the events which took place in Sean’s office. Things didn’t go exactly how she wanted it but at least she didn’t lose. “I should hang out with Jason more often, since Sean is forever busy for me.” She said in her thoughts. While she was removing her clothes her cellphone rang. She picked up the phone and checked the caller I.D. It was Sean. “What does he want from me this time?” she asked herself. She hesitated a while before answering the call. But then she finally answered.

“Hey cupcake. Why did you leave my office like that?”

“Are you seriously kidding me right now Sean? Are you for real?” she asked angrily

“Look babe, I know things didn’t go the way we planned, but you have to understand…”

“…Sean thing didn’t go the way we planned because you didn’t plan for it. You were still attending to someone by the time we were to be together.” She cut in

“No Sean. There is no making up this time. This time it’s over between us. I won’t keep putting up with you ignoring me and treating me like a plaything.”

“Really?” he scoffed “and your vacation in Abu Dhabi is that also over too Katie?” He asked in a seductive manner.

Katie paused ii thoughts for some seconds before she replied him.

“Look Sean, a girl has needs. My body has needs it craves for.”

“Fine I get. Why don’t you come back to my office and let me make it up to you.”

“I just left your office Sean”

“Don’t argue with me and bring your ass over. Come in the same sexy outfit you came in earlier”

Katie got to her car fuming as she struggled to get herself together. She drove back to Sean’s office wearing the same outfit she wore earlier, except for her panties she left in Jason’s pocket. The vacation to Abu Dhabi got to her. If Jason has satisfied her sexually, there was no need for Sean to stop satisfying her financially.  Those were her thoughts when Sean asked if she really wanted to end their relationship. Within minutes she pulled up at his office building. She was still able to turn heads of the people she walked passed on her way to Sean’s office.

Sean was not in his office when Katie got there. His secretary informed her that Sean asked her to wait for him. Katie was furious and made to leave before, Rachael Sean’s secretary handed Katie a box from her drawer.

“He said I should give this to you.” Rachael informed her.

Katie open the box and inside it lay a Suzette sterling silver cultured necklace with freshwater pearl as its pendant. “This is beautiful” she exclaimed. Katie wore the necklace immediately and Rachael led her into Sean’s office to wait for him.

Sean’s office table was already covered with office documents neatly spread across the table. The corner of the table lay a box of chocolate, a bottle of champagne and a card. The inscription in the card said “wait for me”. Katie beamed, champagne and dark chocolate were her favorite aphrodisiac. It seemed like Sean had figured a way to impress her this time. She helped herself with the champagne and chocolate and Sean entered the office.

“I can see you like my gifts” Sean said as he noticed the beam still on her face when he entered the office. He removed his suit and loosed his tie.

“What do you want Sean?” She asked. trying to put up an attitude.

“I want you.” He smiled. He removed his cuff-links and wristwatch and placed them on the corner shelf of the office then he sat on the couch.

Katie followed Sean’s every movement with her eyes and smiled when he finally sat down on the couch.

“Whatever Sean” she rolled her eyes.

“Did you just roll you eye at me Katie?” Sean asked puzzled but Katie gave no response.

“Come over here.” He ordered. Katie set down the champagne glass and did as she was told.

Next Sean asked Katie to lay across his laps. Which she did. He pulled up her skirt and smiled to see that she was no wearing any pants.

“I can see that you’ve come prepared.” He cupped his hand and spanked her. Katie let out a moan.

“And you have grown wings, walking out on me like you did earlier.” He spanked her again but harder. Katie whimpered.

“And you, my darling have become so bold to even disrespect me in front of a third party.” He spanked her hard again and she groaned.

“Now I want you to explain to me what you meant when you said it was over?” He thrust his middle finger right inside Katie’s pussy without any warning. Katie was already soaking wet. She enjoyed Sean’s spanking. She moaned has her virginal wall contracted around Sean’s finger and chills ran through Katie’s spine. Finally she was getting the exact treatment she came for earlier. Her body was finally getting its desires.

Sean continued thrusting in and out of Katie and when he felt her pussy was at ease with his finger, he sent in his index finger. In and out his fingers went through Katie’s pussy, she couldn’t help but bite hard on her lips and grip hard at the couch as Sean sent wild stimulation through her body. But it was not over until Sean thrust his ring finger in her without prior notice. Katie almost jerked off Sean’s laps as his actions sent sparks of stimulus through her. Sean increased the pace at which his fingers went in her vagina. He enjoyed the way she winced and bit her lips. He enjoyed watching as she dug her nails into the couch, trying to gain control of her body.

Sean lifted her on his shoulder and dropped her flat on his office table. He pulled her towards him so her legs where off the table. He bent them over so her knees were on her chest. He left her in this position and pulled a chair to face her displayed pussy. Sean madly wanted to devour what was before him hungrily, but instead he took his time, for his own pleasure and her torment. Katie’s body was weak. She didn’t know how much of Sean’s treatments her body could handle. The thoughts tormented her but the stimulus were gratifying. She was certain Sean won’t go extreme in his office but she had no doubt he would fulfill his promise of making her cum on the documents she now lay on.

Sean brought over the Champagne glass and bottle. He poured himself a glass, he took two sips and admired Katie as she lay in the position he kept her. To him she looked like a well prepared thanksgiving turkey, fresh from the oven and set on the table waiting to be carved and devoured. He salivated and walked up her, still hanging in the position he left her. He sat on the seat he set before her and slowly poured the content of his glass all over her lady parts and he began to slurp. Slowly but noisily, enjoying the wetness of her clitoris and savoring the taste of her pussy juice mixed with the champagne. A cocktail delight!

Sean understood Katie’s body language. He knew she was going to cum but he wanted to be inside her when she came. The mood was set. Sean went to the other side and pulled Katie up, so her legs were on the table. He returned to his former position and set her legs in an arch positon and climbed up to her. He unbuttoned her shirt, brought his hands to her back and unhooked her bra so her breast would be free. He started sucking her breast, enjoying the taste and firmness of her breast as he teased her nipples with his tongue. With the other hand he massaged the other breast. Not squeezing hard but applying enough pressure so deep sensations travelled through it as well. When he was done with Katie’s breast, it was time for him to travel the warm and soft space of her vagina, and for the walls of her vagina to embrace the dick that belonged to the author of their multiple contractions that evening.

With her legs separated and still in that arch position, he brought his hand to her back. This caused her hip to elevate towards him and he gently slid in.

Someone let out a moan, this time it was Sean. He never expected the utmost warm reception the muscles of her vaginal walls gave him as he slid in. Contracting and embracing his dick tightly as the gild through them. The sloppiness of her pussy sent shock waves through his body. As if the witches residing in her had cast a spell on him, he kept gliding in and out and he couldn’t bring himself to stop even though he wanted to. Harder and faster his body kept going, he was no longer in control of his actions. He couldn’t stop not now. It was already too late, he could already see the lights. Harder and faster he kept hitting her, the table creaked as it suffered for his actions. Soon Sean was roaring. He had finally seen the light. His felt light like it was off his body as he sent shots of ejaculations through Katie.

Stimulations and sensations like Katie had never felt before travelled through her body at once. Her moans had turned to groans, she clenched her toes and had already broken her fingernails as she scratched the office table looking for control and support. And as if lighting had stroked her, the muscles of the body jerked with wild spasms. She was finally freed. She heaved as she lets out sighs of relief.