Posted at 15:30h in Erotica, More by Sisi 0 Comments
Share 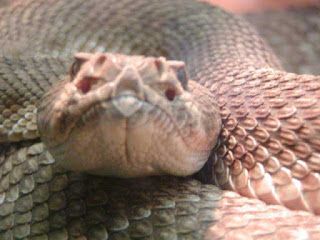 This is not in anyway sex-related.. You can exit the page now if u like. I won't mind 🙂

It was a hot afternoon. I was alone but I could hear the tap outside running. I imagined that some labourers working on building sites around my house were on the premises fetching water to work with. So I didn't feel the lonely much. But the whole house was burning with heat. The light had been out for days and the generator was beyond what my fragile arms could handle. So I brought out a little rug and spread it in the dining room.. Staying close to the part of the wall farthest from the door that led to the sitting room.

Just when I turned on the radio and began to relax,I had a swishing sound from behind me..but I wasn't bothered. They were a million and one news papers piled up on a low table in one corner of the room. So I imagined that one of them might have fallen off. Then the "newspaper" suddenly became noisier and I turned to look and maybe pick it up and return it to its place. Only for me to come face to face with the first live snake I've ever seen!

My heart stopped working. My brain practically shut down. My throat went dry. And for the longest second ever.. I was struck dumb,deaf and immobile. In the next second I bolted from the rug and to one of the rooms like. My nipples were on fire. The room I ran into had a just a single door,a single window and a single bunk bed. I couldn't go back through the door. I couldn't fit through th miniature window even if it wasn't barred.

I quickly jumped on the bed. I searched frantically for the phones in my pocket. I found two. One had no airtime on it at all. Just when I was still thinking of whom to call,my mind recalled one bollywood movie I saw as a child where snakes could fly. I became extremely troubled. Not once did it occur to me that the snake would have no business coming after me and would pro'ly have disappeared too in fear,like me.

I jumped down from the bed. Carefully with eyes darting from left to right and top to bottom,I moved to the door and peered out gingerly to were I saw the snake. It was gone. The doorway was free of its kind. I looked around once more and then I was out of the house in a flash clutching one of the phones. Outside the house,I almost ran head straight into one of the workers in my compund.

He looked at me with a question on his lips and worry in his eyes but I was running past him already,barefoot. I didn't think to ask him for help. I didn't stop running either till I got to the middle of the road behind my house. As far away as I could go in my little skirt. Then I remembered my mum was close by and was supposed to have returned by then or should be on her way. That was when I checked the phone. It was d wrong one. No airtime.

..To be continued in next blog