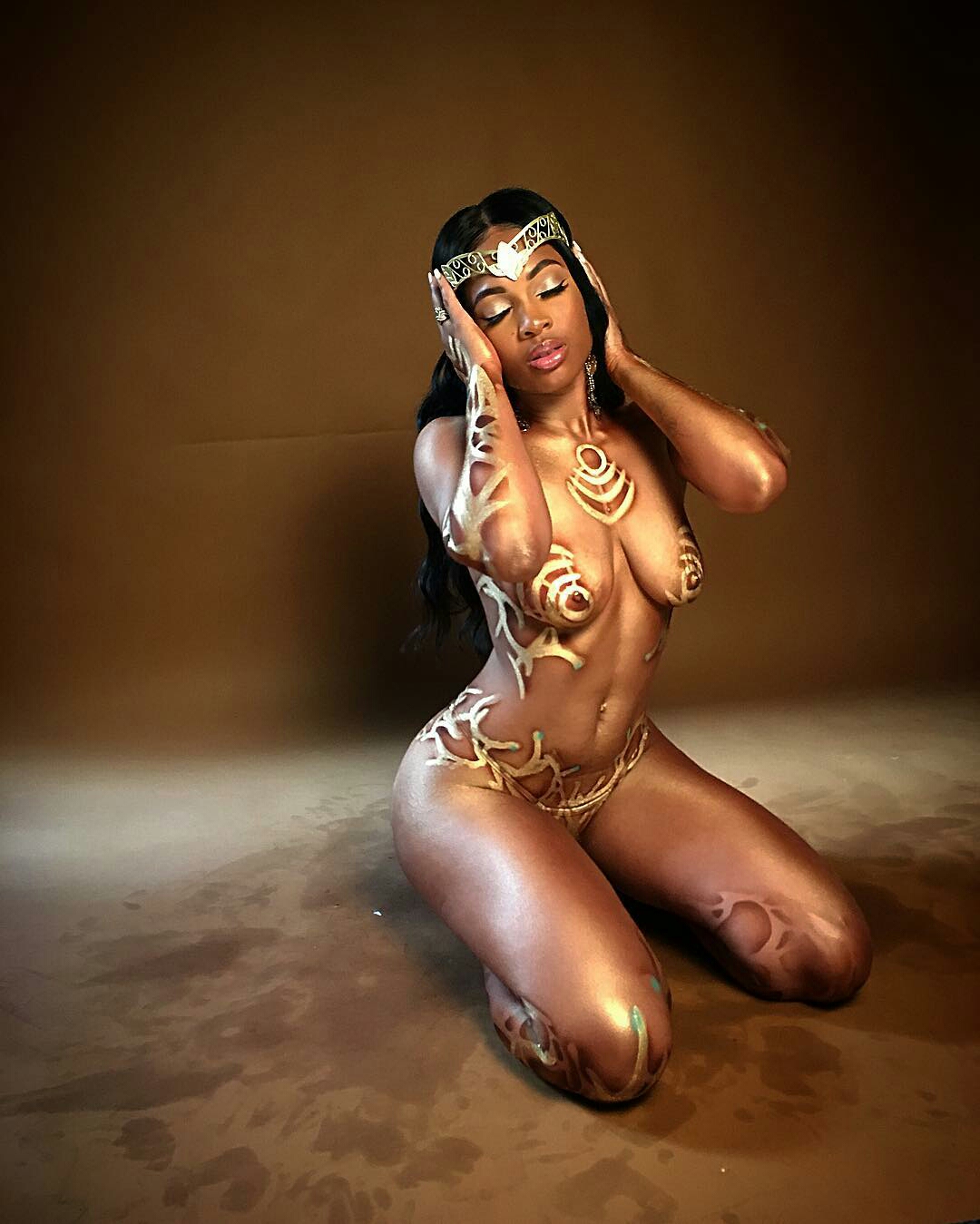 Posted at 10:30h in Erotica by Tife 0 Comments
Share

continued from: Seduction of Queen Eve

That night I went to visit Makinta at his quarters when I heard he heard he had returned from securing the kingdom’s territory. I left the palace pretending to be an ordinary maid servant at the windup of her duties for the day. I escaped the palace unnoticed, even the queen wouldn’t had notice my absence because I had served her very well at noon.

Suddenly I noticed I was been followed, I was scared at first, but then I hid and watched. It was another maid servant going in the same direction as I was. It was strange because I could have sworn it was Queen Eve. The way she carried herself and the aroma of her perfume. I quickly dismissed the thought, there was no way that could have been the queen. She was probably a maid servant going to visit her lover at the soldiers’ quarters like I was. I ignored the maiden and continued my journey with haste for I did not want to be noticed.

By the time I got to Makinta’s quarters, it was already dark. Surprisingly the maiden whom I initially thought was the queen was heading in the same direction as I was. I did not give it any thought, but I noticed she disappeared when I entered Makinta’s quarters.

Makinta was surprised to see me, I am sure he must have heard that I spent the whole afternoon in the queen’s chambers. I greeted my lover with a kiss, and he reciprocated, his soft lips tasted of his sweat and hard work. I smiled mischievously as I remembered that it was I who put him through the unnecessary hard work he went through. Then I asked him why he went to see the queen in her chambers, pretending to be oblivious of what conspired between him and the queen.

To my utmost surprise, my lover confessed everything to me. He told me how he was about to make love to the queen before he got distracted by a false alarm. I didn’t know how to react to his honesty, but then he told me his body and loyalty lies with the queen but his love and soul belongs to me. I asked him if he would love to have sex with the queen. He openly confessed yes, but he added that sex with the queen or any other woman can never beat or be compared to what we had. So I asked him to prove how much he loved me.

Makinta sat me by the corner of the bed, and slowly began to take off the garment that made up my disguise. I swallowed hard because deep inside me I knew this was going to be one night I would always remember. Then something strange happened, from the corner of my eyes I saw a figure watching us, I believe it was the maiden I had seen before. I was going to point out the figure to Makinta, but before I could say anything, he silenced me with his kisses. I was completely carried away with lust that I ignored the figure.

He slipped his lips against mine before opening my mouth with his tongue. I moan and pulled his body tightly against me, skin to skin. He sucked on my lower lip. He ran his finger through my hair. Then he placed his hand is on my breast, before stopped and separated my legs. He drove his tongue inside of me, setting off shattering moans that were like music in his ears. Intense absolute delicious noise of pleasure as he plundered me with his tongue. His tongue stroking in long, slow licks at my clitoris. I grabbed his hair, yanked and pulled him closer to me. He thrust one finger inside me, crooking is and hitting my spot. I let out another moan but this time it was followed by one long, high-pitched orgasm. I shuddered against him, my legs quaking and my body trembling.

We should have continued, but I had an intense feeling that something wasn’t right at the palace. I begged Makinta to take me back to the palace. He was disappointed, but inside of me I knew it was safer this way.