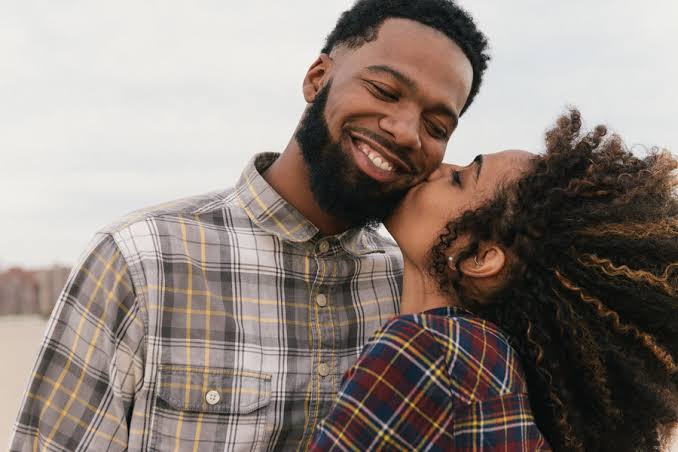 25 Feb #SOCIALMEDIA: THE ESSENCE OF RELATIONSHIPS

Social media has been filled with trending topics, ranging from the absurd to the mundane. With money conscious animals on the loose, twitter photo editors, the return of the Yoruba demon in Bbn, the recent craze for Wakanda, (which I’m going to partake in soon), Riri’s big thirty, Mahogany’s Valentine digital edition launching and a host of other happenings I cannot completely exhaust. It’s safe to say this week was quite exciting online.

Despite these numerous happenings what caught my attention was this tweet and the savage reply of course. 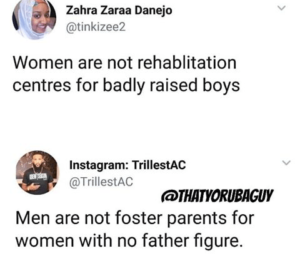 This tweet got me thinking. I know the gospel of females shooting their shot is one of the most controversial messages on social media but some women have been able to shoot successfully while others are have missed the chance to score and are not planning on shooting anymore. But, judging by that tweet why do we shoot our shot. What’s the essence of being in a relationship?

Every woman has been told of how much of a baby some men can be and how we are supposed to be accommodating, understanding and so on, which makes a vast majority of the men act the way they do. A visit to sex and relationship blogs where men are allowed to vent anonymously always follows a particular pattern when complaining about their significant other. 90% of the complaints revolve around the women not taking care of the home, not being ‘too homely’, or probably not giving them the needed attention as the case may be. Does this mean that the essence of men starting relationships is to have their egos massaged and have a woman put up with their ‘shit’ until they become changed men. Is the woman supposed to understand and forgive your incessant infidelity, or cover her head in ashes and prayer until you become a changed person? Why do you shoot your shot?

The women are not left behind in this charade either. Majority of them shoot their shot or allow themselves to be scored to have a foster father. In as much as relationships are about giving and receiving, sex is not all that there is to be given. Sex like relationship is a dual affair and an affair with two beneficiaries fully involved should not be considered a gift. No one loves a stingy man and even though men are expected to be the providers, it doesn’t necessarily translate to foster fatherhood. Yes, you expect him to pay some bills, I get it, but don’t sit and make it your right because you feel you have a magic well from which he swims, remember he is filling the both of you at the same time. It’s the 21st century and even though the world is evolving at a fast pace, sadly, matters like this have remained stagnant. A relationship should be about growth, love and unending support from both parties. Don’t go into a relationship to have your ego massaged while searching for rehabilitation or absolute financial security. Work on yourself before shooting your shot and make sure you score or get scored by the right keeper.
Have a good relationship and stay beautiful.