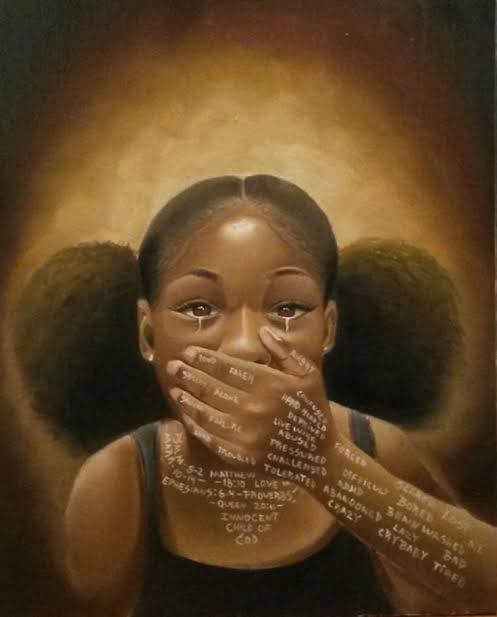 When I was younger, I was fortunate to be privy to some ‘adult conversations’ among boys about their recent conquests. I could remember some of the boys saying they could not approach the girls they liked because it was considered ‘child abuse’.
That time seems like a century ago, with the recent happenings it feels like that era never happened. The increase in these wild animals with sex organs that belong to men is alarming. If you are unaware of your surroundings, then you need to be grounded on the absurd happenings that may be going on underneath your nose because the stories are flying everywhere, a visit to the salon, in the market, in places of worship, on social media, name it, everywhere we have any form of communication.
These lovers of children are everywhere, men/women with low self-esteem enticing young innocent girls/boys with gifts, promises or threats to gain sexual knowledge with them. I mean, what normal person derives sexual gratification from a child? A child without an understanding of sex, a child whose sex organs are still alien to him/her. If the fun of sex is getting the person to be fully aroused before penetration, then what’s the fun of sex with a child who has no idea how the body works. Late last year my aunt told me a story about a 6-year-old girl whose father was caught having sex with her, a neighbor had alerted the neighborhood and the poor child was in awe as on lookers gathered while a local mixture was made for the girl to drink and they watched in disgust as the father’s sperm flowed out of her vagina.
That story may be disturbing but it’s just one out of a million stories happening in the country. Uncles, guardians, relatives, fathers and brothers are disturbingly involved in this act and it makes us wonder if the growing girl child is safe anywhere. I read a story on social media about a teacher accused of molesting a two-year-old girl, although facts to the story have not been fully ascertained, its alarming at the rate at which the school is trying to sweep the case under the carpet. With the setting described, the teacher may have never been able to come in contact with the student but that’s not enough reason to assume that the abuse might have never occurred in the first place. The truth of the situation may never come out but the end result was that a two-year-old was abused. A child living with graphic details and memories of that unfortunate man who had committed the act. Why are we not talking about the abominable act instead of exhibiting our historical knowledge with the date the abuse happened and comparing It to when the doctors claimed it had happened or showing our law skills by studying loopholes relating it to the fact the case was not reported sooner. Why are we not digging deep to find the perpetrators instead of proportioning blames as to the time it was reported. What is wrong with the world indeed, we expect victims of abuse to speak up but the authorities in charge have not expressed any form of action after a detailed explanation by a two-year-old child and it makes us wonder who stands a chance of being believed.
In this season of child lovers, men whose immature selves get aroused by yet to be developed children. Let’s not stop teaching our daughters how private those parts are and make them understand that nobody has the right to see/ touch it. We must teach them to always speak up, a thousand unanimous voices cannot be silenced forever.