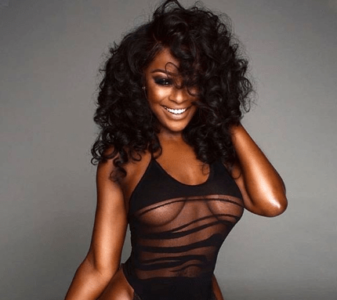 30 Aug The Big Difference between Natural Boobs and Fake Boobs

Posted at 09:21h in Health by Mahogany 0 Comments
Share

All these and many more are the questions people interested in breast augmentation or fascinated by them tend to ask. Whether or not you are planning to get a a little work done in that area, or just curious about those perfect knockers, this article should help.

What are the Big Differences between Natural and Fake boobs?

Wondering if they look different? They sure do. Natural boobs are known to swing, bounce and jiggle. They also tend to droop slightly as a woman ages. They tend to have a mild slope toward the nipple; with the nipple sitting on the fullest part of the breast.

Fake boobs on the other hand, tend to look perfectly carved out and stiff. They are usually positioned high on the chest, giving the woman the “push-up” bra effect even when she’s not wearing any bra.

Also, a majority of the women who have had boob jobs report a loss of “feeling” or sensation around the nipple.This numbness or lack of sensation in nipple tissue is a common side effect of augmentation surgery. According to Hillary, “It doesn’t even matter where the incision was made. This is because the web of nerves in every woman’s breast is different, and avoiding no affect is almost impossible. As a result of this damage and loss of sensation, nipples may seem to have a mind of their own and stand out at embarrassing times.”

Unlike Natural boobs, Fake boobs require more maintenance than simply wearing the right bra. Asides from the long recovery time from the surgery, cosmetologists advice that implants should be checked regularly and replaced few years after. Sounds like a lot of work, right?

Well not so much for the women who REALLY need it to boost self-esteem.