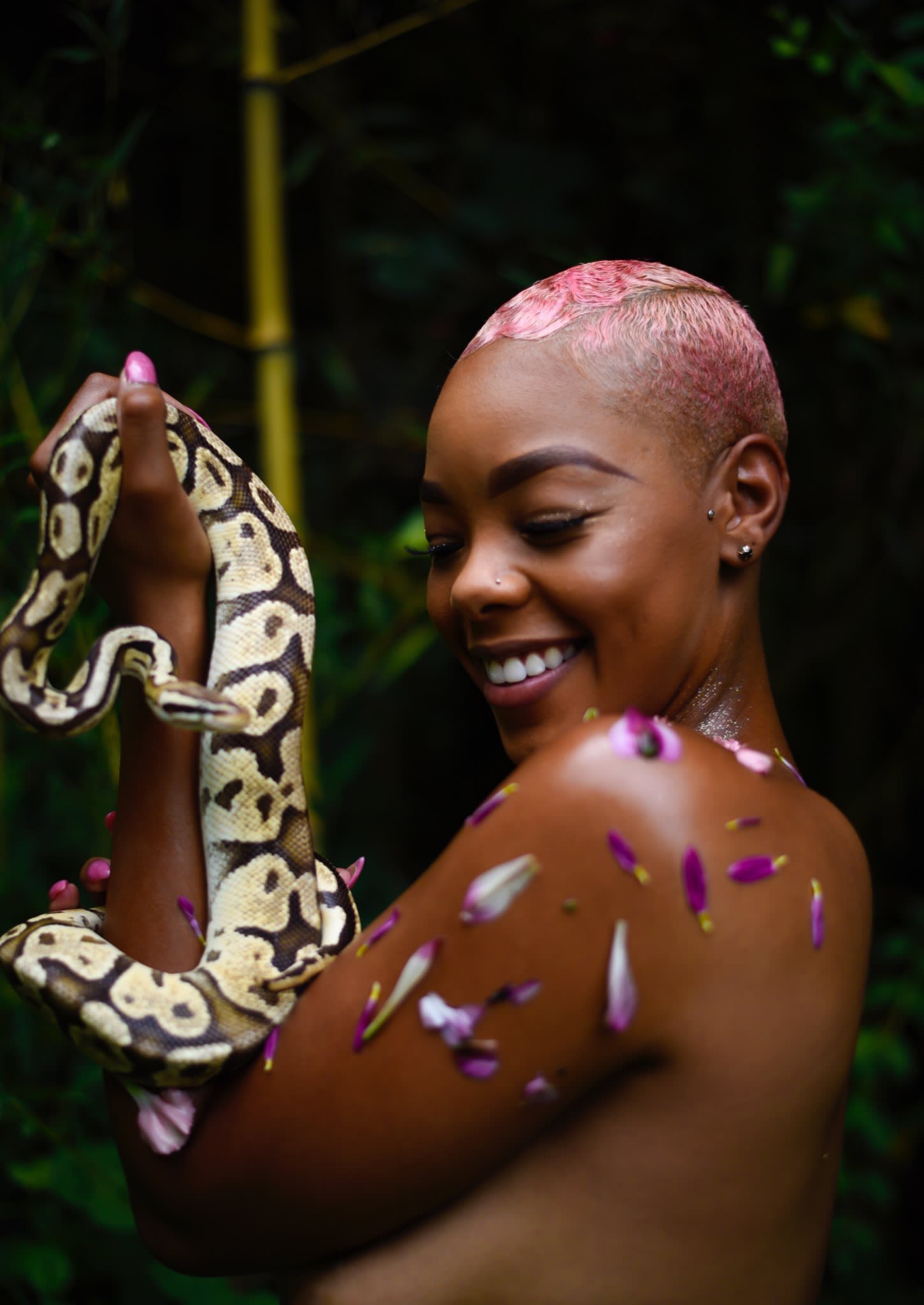 03 Feb THE SEDUCTION OF QUEEN EVE

Posted at 17:28h in Erotica by Tife 0 Comments
Share

Continued from: Lust and Desires of Queen Eve.

I presented myself before the queen, a seductive smile spread across my face, I slowly moved my body steadily but seductively towards her. I could tell from the ambiance in the room that the Queen Eve was furious, but there is no fire of fury that cannot be conquered by my seduction.

“Who sent for you?” Those were the first words my mistress spoke to me.

“Makinta my lady, he said you needed my urgent attention.” I lied, but it was an innocent white lie.

Not like she was going to request for confirmation from Makinta, and I was so sure that she wasn’t going to ask me to leave her chambers. She needed me here, to quench the heat of desire Makinta had turned on.

I began to remove my garment, in a bid to seduce the queen. I could sense her ease up, but she was still trying so hard to retain the anger in her. I smiled because I knew soon all that anger would vanish, and the room would be filled with moans from the queen as I pleasured her.

As soon as I was completely naked, I rolled on the bed, entangling myself with the soft sheets on the bed. I saw her smile as she watched me, her anger was slowly melting away. Next I slowly did her favorite yoga pose,  arching my waist, hips and ass as I wiggled to catch her attention. It worked she timidly approached the bed, smiling shyly as she came to my embrace.

But now I was with her and it is my duty to serve the queen with erotic pleasure. Immediately I started teasing her, moving my fingers slowly, tracing the curve of her waist to her hip. My queen had a beautiful smile on her face, she enjoyed the way my fingers moved on her body, they helped her relax. I continued moving my fingers till I got to her lady parts. I could feel her tense up again, but I was used to her body language. So I continued guiding my fingers down south and used my fingers to separate her labia. I hadn’t gotten to her pussy, but I could tell she was very wet.

Her labia was moist from pussy juice and I was tempted to taste her. Instead, I allowed my finger glide through her labia till it got to her clitoris. It was as if my queen was holding her breath all through the time my fingers was travelling her body because she started choking for breath. I smiled, she was safe, like I said I understood my queen’s body language. So I go up from the bed and poured her goblet of wine from her wine jug.

She took a long gulp, but she didn’t completely empty the goblet. I took a sip from what remained of the content of the goblet, and spilled the remaining on her hips, and watched as it travelled down her hips to her pussy. Then I thrusted my middle finger inside her pussy, followed by my index finger and she moaned. I allowed my finger straddle the inside of her pussy for a while before pulling them out.

My fingers where now slimy and covered up in Queen Eve’s pussy juice, I licked my index finger, while I gave her my middle finger to lick. She did so passionately, while gazing into my eyes like she wanted to snatch my soul. I leaned forward to kiss her, ensuring that my tongue perfectly intertwined with hers. Her tongue tasted like grape fruit mixed with melted butter and cheese. I supposed that was what her pussy juice mixed with wine tasted like.

Queen Eve was carried away with  the pleasures I was serving her, her cries and moans filled the room and they were to my delight. I ceased kissing her mouth to plant soft kisses on her neck as I approached her breasts. Her beautiful firm breasts were like sweet oranges with dark stalks that severed as nipples.

I put her left nipple in my mouth, and for some reason it tasted like orange juice, or maybe it was only my imagination. But it was good, it allowed me to suck more as I used my free hand to tease her free nipple. Her pleasure cries continued to fill the chamber, but that was my encouragement.

Next I went to the right nipple, and this time, my fingers were on her clitoris. Massaging it has fast and hard as I could. The queen was panting already, hollering and shout my name at the top of her lungs. I was pleased, but soon she stopped and everywhere was silent like we were the only ones in the kingdom.