Posted at 21:51h in Erotica, More by Sisi 2 Comments
Share 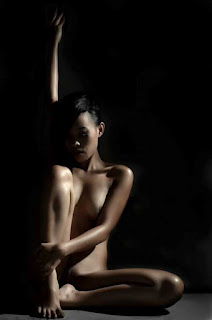 Somewhere in the room,she could hear his incessant apologies. He was sorry. He didn’t mean it. He didn’t know what came over him. He would never do it again. But she must not t tell anyone. He would make up for it. But she must tell a soul. Did she understand? Will she promise that? The screams in her head were drowning him out. Somehow she managed to nod once. And then again. Until she couldn’t stop nodding.

Her incessant nodding made her head ache. But she didn’t mind. She was glad a part of her body still worked even if she didn’t know how to stop it. And then she heard him ask with pure fear in his voice ” Are you okay?”. Somewhere in her head, the nodding gave way to laughter so deep and loud that it resonated on the walls of the room. Was she okay? Was she okay? Am I okay? She asked herself over and over again.

How could she be okay when every piece of her had just been drilled through with a shameless tool? How could she be okay when her body and mind have just been crippled by pure unapologetic lust? Her whole body shook with rage and laughter. He’s worried about my unceasing nods,she thought. He’s worried and scared my head might fall off and roll around on his carpet. His white carpet.

She tried to feel it with her legs. Then she remembered she couldn’t move them. She could only work her eyes and her head. She had stopped laughing. Now she was thinking about the white carpet. She thought of her first impression when she stepped on them. She had removed her sandals. She didn’t want to stain them. She wanted to turn her head to the floor to see if it was still there. She wanted to remind herself of its almost pristine quality.

But she couldn’t. She knew she had been lying down there for like forever. Not moved an inch. Just the way he had left her. The way he had dumped her used body. She was lying down half dressed. Her skirt was rolled up on her waist. Her shirt was half torn. Her bra was still intact. Her panties were gone. Maybe he needed that for his gallery,she thought. She wanted to laugh again but now she couldn’t…