Posted at 15:08h in Erotica, More by Sisi 5 Comments
Share
Most people grew up with the belief that there’s a reason for everything. And even when they cant find these reasons, they promptly make an excuse for it. He was one of those people. He knew what he had done. He knew who he had done it to. But he didn’t know why. He couldn’t understand why he did it. He’d liked this girl. A lot. The thought of her used to make him smile. He’d liked being with her. She was fun to be with. And the way she idolized him was irresistibly attractive. He wanted her. He’d always felt that way. He couldn’t remember a time when he didn’t want her.

But he wasn’t a planner. He never made plans. He always lived in the moment. His idea of a future didn’t exceed the next three days. So, even though he liked this girl and wanted her in his life, he didn’t have any plans for her. He couldn’t promise her more than the present. But Somehow, he was sure she understood this about him. She never made demands. She wasn’t like the other girls who always asked questions and always wanting him to remind them of their place in his life. She wasn’t like them at all. And he liked that.

Watching her right now from his corner of the room, he knew he had lost something good.  She was laughing hysterically. Her laughter ignited fear in him. Fear and remorse. He was scared that she might be loosing her mind. He was remorseful, because if she did, it would be his fault. But he was helpless. He didn’t know what to do. He was too scared to touch her. He had no idea what to do to make her stop laughing. Her laughter was ringing in his ears. But then, she stopped…as sudden as she had started.

He stood up cautiously and walked to the bed with his feet barely touching the floor. On the bed, she was sprawled like he’d left her, halfnaked. He watched her for a moment. Her eyes were busy but her body was not moving. She didn’t look at him. He couldn’t take his eyes off her. He bent forward to look closely. She flinched and moaned softly. The sound stirred something deep in him and his eyes brimmed with tears. Looking at her, she reminded him of a bird he used to own. He’d found it on his way from church one Sunday afternoon. It was sprawled at the foot of a tree. In pain. It couldn’t move but when he’d tried to pick it up, the bird let out a low, almost inaudible cry. He had to take it home, nursed it back to health and then let it go. 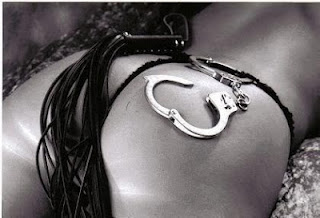 Still thinking of the lil bird, he went into the bathroom and came back with a towel and warm water. He placed the water at the foot of the bed. With trembling hands, he picked her up from the bed and into his arms. He held her like this for almost a minute then he sat down at the edge of the bed and proceeded to bathe her gently, dipping the towel in water. He washed her face first then her thighs. Then he had to remove the rest of her clothes to wash the rest of her. After the bath, he placed her gently on the bed, wrapped her in one of his shirts and covered her with a blanket. His eyes never left her but she didn’t look at him once…