Posted at 09:16h in Erotica, More by Sisi 2 Comments
Share

It was totally dark in the room. She could tell even before she opened her eyes. She must have slept off after the bath. She was still in his shirt but the blanket he wrapped around her was gone and It was cold in his room. She felt around her for the blanket and found one end of it but it was stuck and she couldn’t pull it off. Adjusting her eyes to the darkness,she found him lying on the banket just a touch away.

Gently,she tugged harder at the blanket trying to free it without rousing him. He was lying on his chest with his face turned away from her. He was shirtless too. As she tried to wrench the blanket free,her eyes remained glued to his back. She’d never seen him without his shirt before. Atleast not till these afternoon. There was a single scar on his back running diagonally from his left shoulder to his waist.

Tearing her eyes away from his back,she gave the blanket one last tug. Just then he turned his head to her. She scrambled to pull the blanket to her chest before he opened his eyes but he was still sleeping. Her hands paused in mid air as she sucked in her breath,looking at his beautiful features. She could have loved him. That was the first thought in her head. His face was calm and peaceful in sleep.

His perfectly-shaped jaw made her hands ache to touch him. It reminded her of the first time she saw him. It was in a bar. When she walked into the bar,his back was the first thing she saw. He was sitting a lone at a table,oblivious to his enviroment. She’d walked around his table,keeping her eyes on him as she made her way to her friend’s table. His beautiful jaw had caught and held her attention for a brief moment. 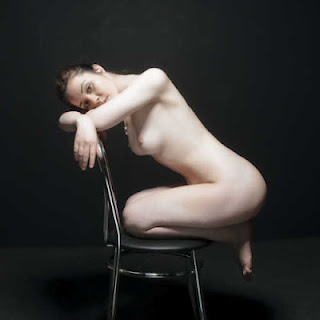 She could have loved him. This single thought was her undoing. She did not cry when he touched her. She didn’t cry when he defiled her and tore into shreds of pain either. But now,thinking of the things that could have been,the things that were almost perfect,the moments that she had considered priceless,and her helpless longing for these things,she let her out a cry from deep within like the kind of a wounded animal. And then she just kept on wailing with her heart on her sleeves