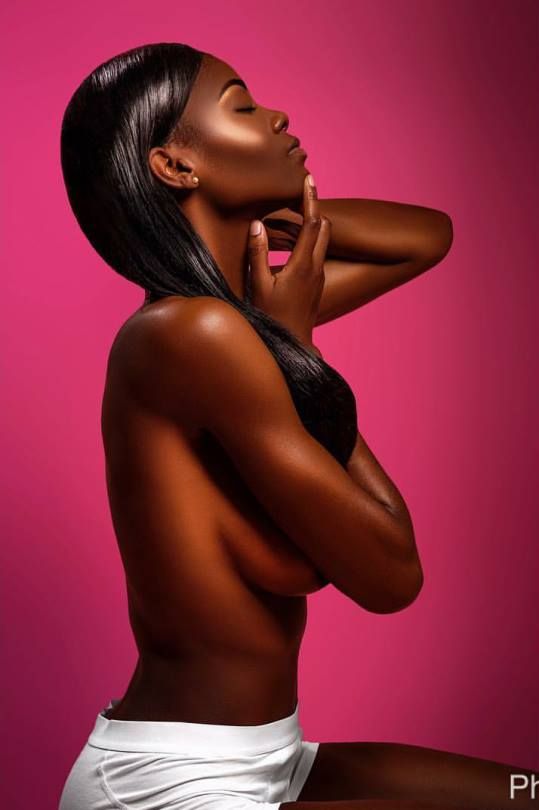 Posted at 15:58h in Erotica by Sisi 0 Comments
Share

Her feet couldn’t seem to carry her fast enough. She was half-running, half-walking but even then, the street seemed to extend further with every step.

Buzz! Her phone vibrated in her hand. She had been clutching it tightly in her left hand the minute she walked into Derek’s street.

“Where is your bubbly butt? If you don’t get here in five, I’ll have to spank you” the text message read.

Oby chuckled to herself. She could picture him sitting impatiently with a rock hard erection. That made her chuckle even more. He was always looking for a reason to punish her, even though he didn’t need a reason half of the time.

Finally she had gotten to the house. As usual the gate was locked from the inside, but she had been here so often her slim hands had gotten used to sliding them open through the space between the gate and the fence. The distance between the gate and his apartment was thankfully short. Not that she was rushing to avoid him spanking her, no, far from it. She was simply in a hurry to sit her wet yoni on him.

She was on her knees, her juices pooling on the floor and her her hands tied behind her. He didn’t blindfold her, no. He was making her painfully watch him stroke himself from across the room. This was her punishment.

“Maybe, I won’t” she snapped at him, lying through her teeth.

“Wanna bet?” she dared him, half hoping he would take the bait.

“Hmmm…” he simply moaned, refusing the bait and ignoring her.

He closed his eyes, but he could see still see the lust on her face. He continued stroking his over 8inches long dick. Starting from the middle, he moved his left wrist anti-clockwise, stopping to squeeze at the cap.

Watching him touch himself reminded her of the ropes binding her wrists. Her palms itched to replace his. She wanted to be the one touching him that way. She wanted to stroke him with one hand and take the cap of that gorgeous cock in her warm mouth.

She bit her lips, her eyes wild with pure hunger. She snatched her eyes away from his dick and turned to look at his face and caught his wicked smiling face. He was enjoying torturing her. Wicked, wicked Derek.

“Come on. Untie me, baby” she pleaded

“Because I’m flooding this floor, that’s why. I’m so wet and you know my pussy is way better than your hands” She squirmed on the spot where she knelt. She could feel her pussy pulsating and flooding for real.

He walked towards her, stopping right in front of her with his dick in his hand and pointing at her face

“Maybe” she lied, she was itching to sit on that cock.

“Really? You don’t want me to put you on that bed and fuck that pussy from behind?” he teased her, still stroking his dick  just inches from her face.

Before she could reply, he shut her up by pressing it against her lips, knowing she would take it in her mouth without question. And she did, moaning.

The little ho in Oby nearly did a pirouette. Her mouth was wet and ready and she went to work immediately. Starting with the tip of him, she ran her tongue around the cap, while sucking on him slowly. Taking him in inch by inch, she continued to suck and slurp on his dick, not realizing her loud moans.

Just as she was getting comfortable, he stopped her, at first holding the back of her head against him to push his full length down her throat, then he stepped back.

He moved to untie her hands and lift her up from the floor. Then he turned her to face him, so he could kiss her. For a few seconds they did just that, holding each other, his hardness pressed against her belly.

Together they moved towards the edge of the bed, falling into it at the same time. Her hand found his dick and she wrapped her fingers around it, squeezing gently. He groaned into her mouth and pressed himself into her palm. Breaking the kiss, he whispered urgently while kissing her neck,

“I have to fuck you now, baby”

“Yes, please” she whispered back.

Moving her body with his, he shifted them to the middle of the bed. They were facing each other, lying on their sides. He ran his hand against her body, starting from her neck, over her breasts, slowly across her belly and down to her thighs before parting her legs open. She was so wet, it made his dick ache to feel it.

He turned her away from him, her back against his chest, and her butt against his hip. Raising her right leg, his dick found her wetness and slowly entered her.

She was wet but tight and the slow dance it took for her body to open up and take all of him was sweet torture for both of them. When he was fully inside her, she arched her back away from him, thrusting her ass back against his hip, as if asking for more.

Her moans mixed with his groans as he deepened his thrust and increased his pace. With his free hand he pulled her tighter against his chest, wrapping his hand around her breasts and brought her to her first climax. Her body shuddered in his hands,her pussy squeezed around his dick, and her moans rung loud in the air.

He waited a few seconds for her to calm down, kissing her back and caressing her thigh. When she had calmed, he turned her towards him to look at him,

With that he rolled on top of her, taking both her arms and pinning them above her head with his left hand. With the other hand, he took her breasts one by one in his mouth, sucking and biting gently at her nipples.

Her back ached away from the bed and she trembled beneath him, jutting her breasts up against him and her still wet pussy against his hips.

With his knees he patted her thighs, to lie between them and again found her wetness with his still very rock hard dick.

“I love you, stubborn girl” he said, entering her at once and with less patience this time.

She gasped as he began to fuck her fast, and harder than the last time.  She could almost feel him in her throat. Her legs instinctively spread to accommodate him and tighten her pussy around him. He fucked her even faster and harder, hitting all of her right spots.

“Yes, yes. Fuck yes” she screamed into the room, pressing her hips against him, begging for her second release.

She moaned her reply, too close to her climax to actually reply. Her pussy squeezed around this dick and then released warm liquid in short squirts all over his dick.  Again her body trembled violently as she rode her climax, with him still thrusting inside her.

“I want to fuck this pussy from behind” he said, moving out of her to turn her on her stomach.

She was spent but she wanted more. On her knees, she pressed her upper body flat on the bed, her arms  stretched out in front of her, her back arched in the right way and her ass in the air.

He knelt between her legs and stopped for few seconds to smack her ass hard. Alternating between both cheeks, he smacks her ass hard a few times before entering into her wet yoni, making her moan in pure pleasure.

This time, he fucked her faster and deeper than the two times before. His thrusts went deep, and deeper, in and out, driving her straight off the edge. Her wet pussy squeezing around his dick, her ass trembling violently in his hands and her loud “yes” ringing in his ears, brought him closer and closer to his climax and drover him harder and deeper into her till he shot his load into her, with a loud groan.