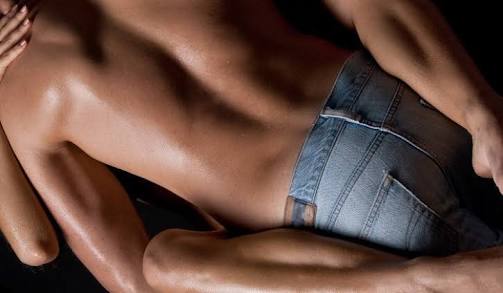 I was super horny so I wasn’t thinking straight. So I went over and we got to act, doggy style. I was super wet and he was enjoying my pussy until his dick slipped out of me. Anyways I kept begging him not to stop and we continued. But when he looked at his dick it had blood stains all over it. But I didn’t mind. I asked him to slide back into me so we can continue. I was moaning so loud and he was loving my pussy, until he touched my pussy and noticed I was seriously bleeding. When I looked down there was blood on the floor. We had to stop because we could not control the bleeding. I was super happy and so was he #best sex ever. But I saw him washing his dick immediately with Dettol.

Fast forward to this month. I called my boyfriend last week that I was on my period and I want us to have sex. He told me a straight no. I kept insisting. But he bluntly refused, even after explaining to him that the period sex we had last month was my best sex so far and I want a go at it again. Still he kept refusing and we didn’t have sex.

Since then I have been giving him all kind of attitudes I know he can’t deal with. But I really want period sex. What do I do? Right now I’m jumbled up.

Your mail came as a shock to us. Most women this part of the world cringe from period sex. The few who do have sex on their period claim that they only do it because their partner “demanded” sex at that time.  The reasons for this reluctance are not hard to list:

We are happily surprised that you are open about your desires on this topic despite the “popular” attitude towards period sex.

Now I have highlighted  two words in reply so far because I think we need to discuss them to help you gain perspective on your boyfriend’s reaction to the idea.

Demand >> Usually the reverse is the case on who demands sex in a relationship. It is a norm that we are strongly against at Mahogany not because we think it should go both ways, but because we strongly oppose the attitude. Demanding sex from your partner whether male or female, is forcing their hand and manipulating them into consenting to sex against their will. This is wrong both ways.

Popular >> Many people are quick to turn up their nose at popularly rejected actions. They are quick to agree with the crowd on what is good or bad. We don’t need to judge them for this. Your boyfriend may truly be put off by the messy/bloody sex or he has internalized the myths about sex on your period.

The real question you should ask is, which is more important to you? Making someone you love feel comfortable or getting your way whether or not they are?