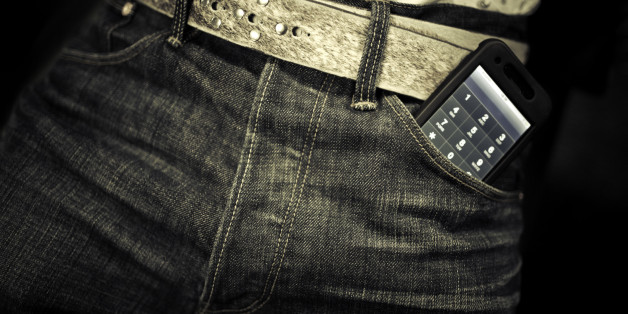 11 Apr Your Phone is Frying Your Sperm!

Posted at 08:36h in For Him, Health by Sisi 0 Comments
Share

Technicon’s medical school in Haifa, Israel has found that keeping a phone in your pants/trousers delivers a serious blow to a man’s sexual health and more specifically, his sperm count, leaving him less likely to get a woman pregnant.

Experts examined hundred (100) men who were attending a fertility clinic for a year and found that men who use their phones for as little as an hour per day, or kept phones nearby or on their bodies throughout the day, are “cooking sperm” and significantly lowering their sperm levels to the point that they might find conceiving to be difficult. Researchers think this is being caused by electromagnetic activity from the phone that fries up (or “cooks”) the sperm over time.

The study also found that men who sleep with their phone on their bed, or on a nightstand next to the bed, also had decreased sperm levels compared to men who didn’t sleep with phones anywhere close to them. Worse is, this lowering of sperm count may or may not be reversible.

A similar study that examines the effects cell phones have on women hasn’t yet been done, but women rarely  carry their phones on their bodies so maybe a mobile phone won’t affect their chances of getting pregnant.

Yikes, so this is really just bad news for men at the moment. Maybe sleep with your phone in another room? Or carry it in a bag, a cart, whatever. Just keep it far from your dick area, guys.