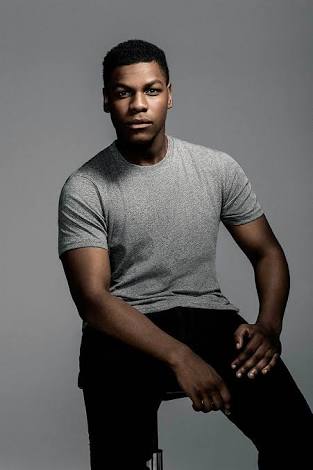 Posted at 12:20h in More, Spotlight by Tife 0 Comments
Share

Let’s talk about the new, hot, black boy in town. Well it’s not like he has been away all this while, but recently, he started trending for all the right reasons. He is a Nigerian British actor, he is the sexy dark chocolate who played the role Finn in the 2017 film, Star Wars: The Last Jedi. I am referring to John Boyega.

The 25 years old English actor John Adedayo B. Adegboyega, professionally known as John Boyega started his career in 2011, but rose to prominence for his role as Moses in the 2011 sci-fi comedy film Attack the Block.

Being an amazing actor isn’t all there is to John Boyega, he is the ladies man, as you will see numerous ladies crushing on him all over social media, and I would probably give his good looks the credits. John Boyega can be described as cute and sweet, with him you might probably get the feeling that all is safe, and nothing can go wrong in this world. Call him the knight in shining armor, coming to save the princess in distress. You could probably just fall in love with this melanin prince and live happily ever after. And let’s not forget his captivating smile.

Some of Boyega’s works includes: The Circle, Detroit, Imperial Dreams, Half of a Yellow Sun.

Boyega has his own production company, Upper room entertainment.

Keep Shinning on my knight in shinning armor John Boyega.