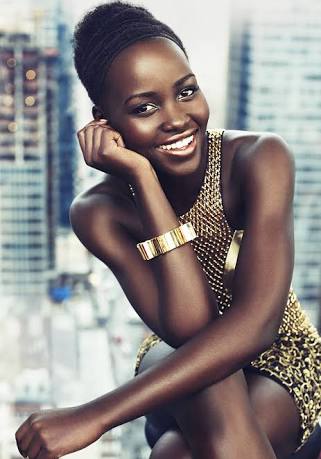 Posted at 11:04h in More, Spotlight by Tife 0 Comments
Share

Embracing your true self radiates a natural beauty that cannot be diluted or ignored. Our Hall of Fame woman crush has done this and now she is an advocate of black beauty, black women, and black excellence. Lupita Nyong’o is breaking grounds, and paving a road to success that other black women can follow.

Lupita Nyong’o is a Kenyan Mexican actress, she began her career in Hollywood as a production assistant. In her journey to rise to fame, she as had her own share of insecurities and challenges. She gave a speech where she shared her insecurities as a black teenager and how her views changed when she saw the South Sudanese supermodel Alek Wek become successful. Nyong’o shared her sexual harassment ordeal with New York Times. She revealed that Hollywood producer Harvey Weinstein sexually harassed her twice in 2011. Due to that experience, she prefers to work with female directors or male feminist directors who have not abused their power. Although she has not experienced any other sexual harassment encounter after the Harvey Weinstein ordeal.

Lupita Nyong’o is a real black beauty, you may call her Black Barbie, but I will refer to her as black gold. From her head to her toes, she is dripping with melanin and laced with gold. Her skin is like a beautiful, tempting dark chocolate which you cannot resist. What I love most about her body are her perky lovely sized breasts, they give hope to other A cup breast sized girls #smallbreastmatter.

Whether she is on the red carpet or on a movie scene, Nyong’o is a fashion icon. I don’t think I have ever seen her having a wardrobe malfunction. Her outfits are always making huge statements, revealing her black beauty and flowing with style and grace. The way she always adorn her natural black hair is epic, whether she is on a low cut or an afro. Even when she styles her hair, she is sure to deliver pure class and elegance.