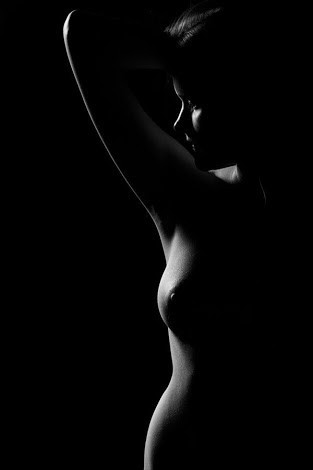 Posted at 14:23h in Erotica by Tife 0 Comments
Share

Immediately we closed, I quickly packed my things and rushed towards his car. I didn’t want to give him time to have a rethink and change his mind. I spotted his car immediately I entered the car park. Surprisingly, he was already waiting for me in his car. I got in, and we zoomed off. The drive to his house was not awkward, we had small talks and amazingly, we share similarities in a lot of things. I felt very relaxed, safe, and comfortable with him.

When we got to his house, he asked if I wanted to have anything for refreshment. I declined. I was so excited about what was about to happen, that I didn’t have appetite for anything. Dami understood, but first he made me sit, so he could explain somethings to me. He asked if I had any allergies, and if I was comfortable with animals, especially ants. I told him I do not have any allergy, but I was not very comfortable with ants, especially the ones that bite. He told me not to worry and that he was going to have everything under control. The activity we were going to try was ‘ANTS ON ME’, and our safe word was ‘FAN’. He directed me to a room and ordered me to remove my clothes before he got there.

“Lay on the bed” he ordered.

I did as I was told without questions. Dami came over, he separated my legs and hands, and cuffed them to the bed poles. Next he blindfolded me, and asked if I remembered the safe word.

Then he left me, and came back in what seemed liked twenty minutes. He started dripping a syrup on different parts of my body. He placed his finger on my lips, I tasted the syrup, and it was honey. The taste of honey from his finger was different, his fingers added an extra sweetness to it. He told me to relax, I guess he could feel my nervousness. I started feeling things crawling around my body. I cringed. Goosebumps were forming all over me. I wanted to break free but the cuffs held me back. I later realized there were ants on my body, but they didn’t bite. The ants were everywhere, the followed the honey drops, down my thighs and up my arms.

They tickled me as they crawled my body. I wiggled as they traveled down the joint that connected my hips and thighs. I tried to remain calm as I felt the activities of the busy ants in my navel. As the ants traveled up my breasts to my nipples I gasped for air.

“Remain calm” I told myself. “You can end it if you want”.

I remembered the safe word, I could easily just yell out the safe word and it would all be over. But I really didn’t want to. I didn’t want Dami to think I was weak. I thought about how awkward our relationship at the office would be, and I didn’t want that. So I reset my brain and made up my mind to enjoy the feeling of ants on my body, provided they didn’t bite.

Then I felt Dami’s finger on my lips again. I licked away the honey off his finger, and he walked away. Soon I felt his fingers rubbing my clitoris to my vulva. I think he was applying honey there also. I was scared because I didn’t want ants down there, even though they were already on my thighs and nipples. But I remembered the safe word and relaxed.

Within minutes, I felt a warm, wet object going through my vulva. It was Dami’s tongue. He was tasting me with slow tongue swirls and unhurried flicks. He soft sucked me with patient focus while French kissing my vulva.