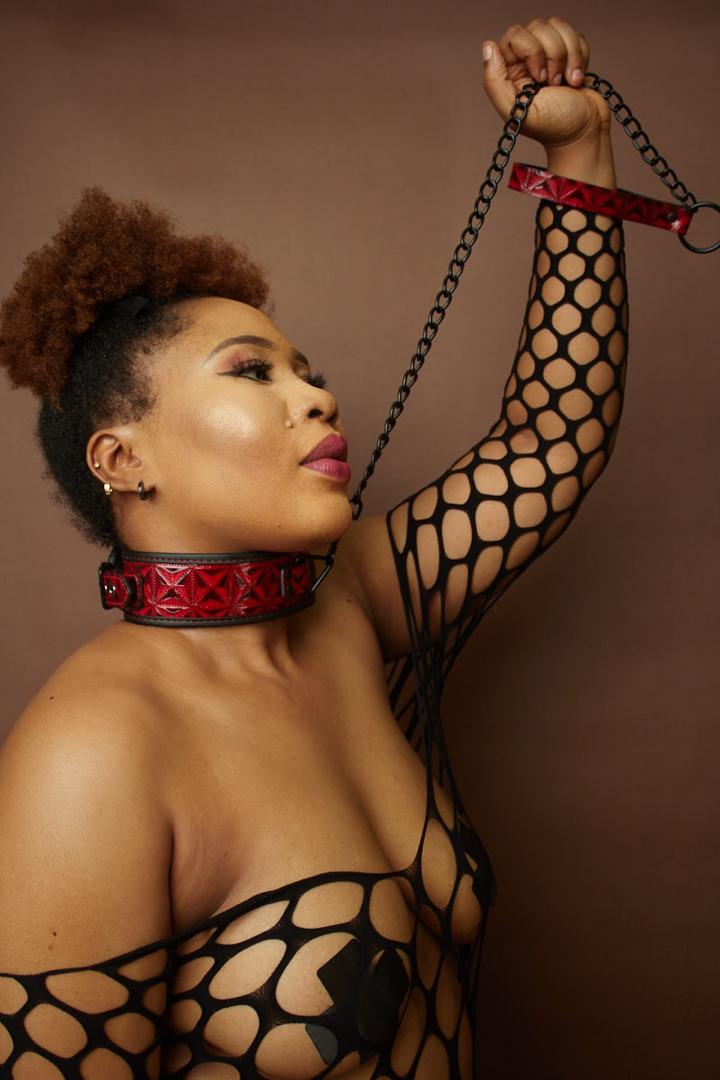 Before you get involved in any role, it’s important you know what the types of roles available, what it entails and the dynamics. Most persons are quick to identify as a dominant or submissive without fully understanding the type of submissive or dominant they may be.

Dominants: A dominant takes external control in a relationship. They wield a lot of power and sometimes may not inflict pain but is the domineering person in the relationship with control. This role is not limited to any gender.

Switch: A switch is comfortable in either role and can always switch between roles as they please. They prefer not be tied to any role (pun intended).

This is a typical type of dominant that is in control all the time. Partners in this relationship normally take on 24/7 relationship with their submissive. This type of dominant normally has a contractual agreement signed with his submissive with rules, do’s and dont’s and a guide on how the relationship should go. Here, the Master teaches the submissive how to serve them in a way they enjoy. The master may control the mistress’ daily activities both sexual and non-sexual.

There is also a service top that performs sexual acts on their bottom; the sub based on their request.

These Doms are different from the regular Dom role because they speak to the inner child of their littles; the sub.  This type of dominant enjoy taking on a caring and nurturing role. However, just like every dominant relationship, there is a form of control. This control can be in form of rules as signed in a contract, controlling what their little wears, where they go to as well as other decisions.

This is a dominant that enjoys inflicting pain on their submissive partner. This kind of pain can be inflicted through torture using tools like a whip, flogger or paddle. Sadists derive sexual pleasure from inflicting pain on a masochist; the sub. This is also about control  and submission they get from doing this.

This dominant role is for partners who enjoy pet play. Here, the dominant partner looks after the pet; the person playing the role of an animal. They exhibit control by locking their pet in a cage, move them around with a collar or leash and punish them when they err. In this role the owner also grooms, feeds  and trains the pet when needed.

If you like tying up then this is a role you may want to try out. A rigger controls his dominant through the use of bondage and restraint. A rigger derives pleasure from control, watching their partner fight back and try to break free. A rigger may employ other means of control in addition to restraint like gagging or impact play.

In this unique relationship, the slave relaxes and relinquishes all control to their Master/Mistress. This includes what they wear, where they go to and certain aspects of their diet all of which is included in a contract. In this contract, the terms of relationship is also stated as to whether it is a monogamous or not. Most slaves wear a form of symbol that indicates ownership to the Dominant.

This is the generic term for a submissive partner. This is the partner that is being spanked, flogged, and tied plus all other types of play. A bottom normally submits but in limited ways and is subject to doing tasks as directed by their top. For example, the top can give the bottom orders on how to please them.

The difference between the bottom and other forms of submissive is that they can also switch roles as decided by their top.

A Pet is a submissive who enjoys taking the role of a partner as directed by their owner. This may involve walking like an animal, imitating their sounds, being petted and the likes. The pet leaves all the grooming, feeding tasks to their owner and are simply there to serve.

A masochist gets sexual pleasure from pain being inflicted on them. This may not be all kinds of pain and only a specific kind of pain.  They normally pair with sadists who get sexual satisfaction from inflicting pain. A masochist can also be bratty as they crave for pain and sometimes disobey just to get punished.

Also known as a babygirl or babyboy, this relationship is also known as DDLG which stands for Daddy Dom/ Little Girl.

The little takes a childlike state and adores their partner. They would do anything to please the Daddy/ Mommy Dom because they make it their mission to care for and protect her.  Littles are associated with childhood activities and often times may dress like a child. It is not uncommon to see a little wearing a diaper or a mouth pacifier.

The daring and naughty daddy’s girl.  A brat is a playful, naughty and a rule breaking submissive. Brats enjoy being mischievous, breaking rules and providing their Dom with a challenge. They do not submit easily and know that they can never be completely tamed so they pose a bigger challenge before they allow themselves go. It may be because they enjoy being humiliated or like the punishment that comes after.

This role is also known as sissification or feminization. It involves a male partner being forced into female role (consensual of course). This role involves lots of costumes like school girls, maids, whore while performing tasks that can be sexual or non-sexual. This role is made to make the submissive feel humiliated.