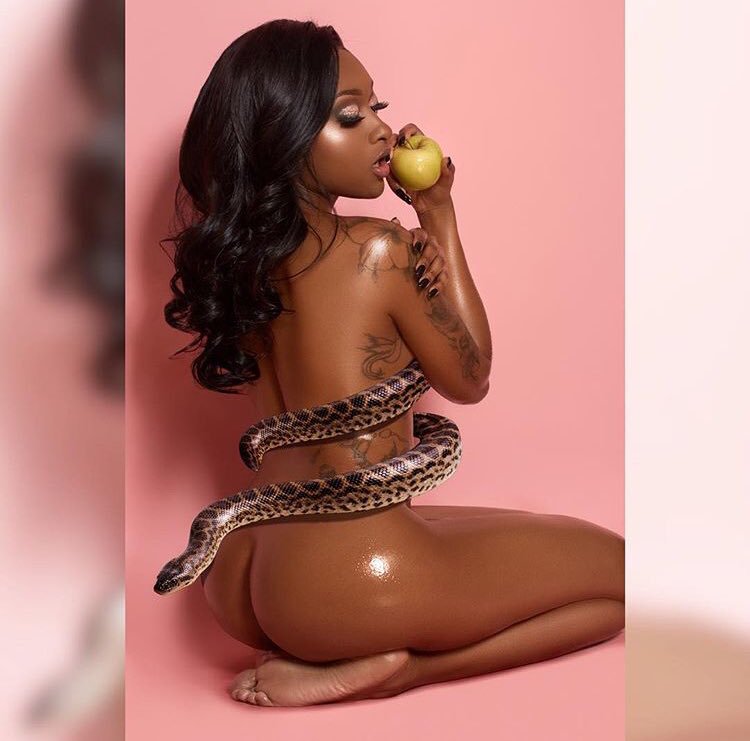 Posted at 07:56h in Erotica by Tife 0 Comments
Share

Yaro is a beautiful kingdom, consisting of three different divisions joined together to create one mighty realm. This mighty kingdom was ruled by her majesty, Queen Eve, fearless as a dragon, yet calm like a dove. Her aura is full of grace and power, many said she had no weakness, but I knew her weakness, or rather, I am one of them.

My name is Binta, I am a slave to queen Eve, my mother was a slave to her mother, and so was my grandmother to her grandmother. Our generations has been a loyal servants to the queens, and so would the generations after us. We live to serve the queens, in fulfilling their sexual fantasies, lust and pleasures. We are at the beck and call of the queen’s desires, in return, we hold the highest rank and position any slave or servant can attain.

Even though my loyalty and body belonged to Queen Eve, my soul and passion belonged to someone else. His name is Makinta, he is the chief guard to the whole dynasty. A strong man my Makinta is, his dark complexion is evenly toned, without patches, except for the scars which serves as remembrance to the victories of wars he won for the dynasty.

His has built muscles with heavily developed biceps, his heavy chest is complemented with dark protruding nipples. His soft skin with a baby’s feel is so mesmerizing, and when I am in his embrace, it feels like heaven. The way he ignite the passion within me is a task nobody has ever been able to accomplish, not even Queen Eve. His kisses sends, shivers down my spine to my hips, his touch sends tickles of juice from my honeypot flowing through my thighs. I am always lost to his kisses, and his presence alone sends heat to my labia.

One fateful day, there was an invasion from the kingdom down south. It is one of the kingdoms Queen Eve plans to conquer, but their invasion took our kingdom by surprise. Makinta was protecting the palace, while his soldiers were protecting the territories. Unfortunately, one of the enemies soldier’s managed to sneak into the palace, and gained entry into Queen Eve chambers. I was having a wash after one of our intense sections when the invasion occurred. Suddenly there a loud scream from Queen Eve’s chambers, it was the queen. The soldier was trying to kidnap her. Before I could get to her chambers, Makinta had already had slain the soldier and rescued the queen.

I was proud of my guard, but I noticed something in the queen’s eye as she looked at Makinta in admiration, it was lust. I could see the way the queen was lusting after him, I could tell from her body language. After the invasion was conquered, the queen invited Makinta to her chambers as a token of appreciation. I stayed in a hidden place to witness what was about to occur.

The queen was naked by the time Makinta entered her chambers, he eyes shone with desire as he saw the queen’s beautiful, dark, silk body. She moved gracefully, yet precisely towards him, before engaging him in a long passionate kiss. Their tongue intertwined in lustful desire, and their bodies moved to the rhythm of their desire. Although I should have been furious with what I was seeing, I was delighted by my view.

Makinta held the queen in his strong arms, the same strong hand that had provided a safe haven for me. With those arms, he guided the queen to her bed, and steadily laid her on it. Her knees were bent so her feet could touch the ground. Next he separated her legs and proceeded to eat her, guiding his tongue to first tease every aspect of her thighs and hips. I could hear her moan with pleasure.

His tongue flicked her labia and teased her clitoris, then he started to finger her, inserting one finger inside her at a time. The queen’s voice filled the room, her moaning send chills through my spine. I was filling intense heat within my body. Then  took my finger into my vagina and I noticed I was very wet, I was also wet with desire, I bit my lips as I continued to watch my favorite guard pleasuring my mistress in the most intense way possible.

I was filled with anguish and envy, I wanted to join their party, so I devised a way to stop them. I threw a large rock through the window into the queen’s chamber and I ran away. My plan worked, they were distracted, Makinta had to leave the queen to see if another invasion was about to occur.

I knew the queen would be displeased about Makinta’s exist, so in his place, I presented myself to her in her chambers.

Continue from: Seduction of Queen Eve.